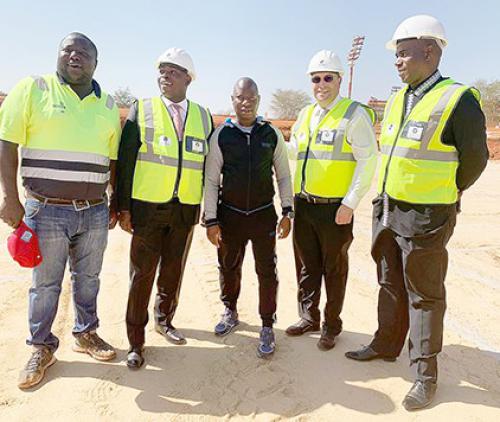 The construction of an ultra-modern medical facility at the Thavhani Mall to cater for the people of Vhembe has been hailed as the best thing to have happened in local medical circles.

The centre will offer everything the current centres are offering, among them 10 local GPs with six-bed overnight facilities for doctors to discharge patients after 24 hours to either hospital or home, six local dentists, a baby clinic and a nursery school for 120 children.

Speaking during the ceremony, Thovhele Mphephu Ramabulana said the facility came as an answer to the cries of his people who had to travel long distances to seek quality medical care. He said that he was equally happy that the new development would create more employment opportunities for his people

Thulamela Mayor Mushoni Tshifhango said the new development fitted in well with their vision of making Thulamela a city by 2030. “We are very happy that this is happening here. We are looking at development and with this centre we hope that the health of our people will improve tremendously. We are excited that we will no longer have to travel long distances to towns and, on top of that, we see many having gained employment here as we can see many local contractors at work here,” he said.

Local contractors Mr Khuthadzo Mulovhedzi and Mr Thanyani Mathobo of Treliz and All For One Concrete respectively commended the company for having roped in local contractors and giving them a chance to showcase their skills and expertise.

NHC’s Mr Hermann Kohloffel said the project was the culmination of a dream by 18 very concerned family practitioners that started some 26 years ago in Johannesburg.

He further indicated that the investment was a sign that medical stakeholders in the country were fully committed to making a better and healthier South Africa.