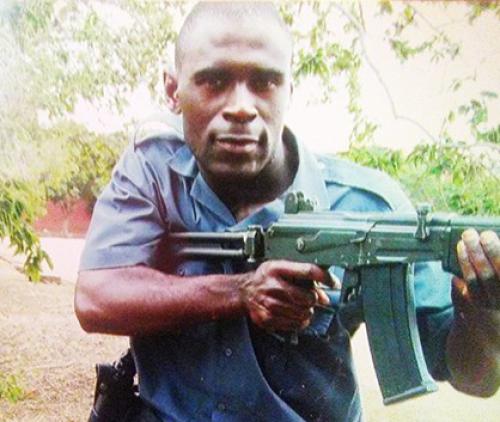 Policeman shoots girlfriend and himself

Residents of Kutama and surrounding areas are still shocked after a policeman and his girlfriend, a police reservist, were killed in a suspected love triangle at Madodonga on Tuesday night.

The news of the incident spread like wildfire and within a short space of time people from the surrounding areas were gathering at the scene. The two were identified as Const Rudzani Makhari (35) of Muduluni and police reservist Ms Sarah Martha Maluleke Langenberg (30) of Madodonga. Both were stationed at Tshilwavhusiku. The incident took place at the house of Ms Langenberg in Madodonga.

Limpopo Mirror paid the family a visit on Wednesday. Relatives and neighbours were comforting the family, while other relatives were busy cleaning the place where the two had been killed.

According to the spokesperson of the Limpopo Police, Col Moatshe Ngoepe, the circumstances leading to the tragedy are still sketchy, but a police officer is suspected to have shot his girlfriend before turning his pistol on himself. “We have opened a case of murder,” said Ngoepe.

“We would like to urge people to desist from violence in the event of misunderstandings. They should rather try to resolve their disputes in an amicable manner or opt for counselling to avoid unnecessary loss of life,” said Ngoepe.

Ms Suzan Maluleke, sister of Sarah, said the incident had caught them off guard. “It came as a shock to us, having to lose two people in one day. We are very sad,” she said.

She said she was shocked by what she had seen. “Imagine blood oozing and deep head wounds on a person. It was a very scary situation,” she said. She mentioned that the police had reacted swiftly, but the two were already dead.

The uncle of Const Makhari, Mr Sophon Makhari, said that if his nephew had had serious problems with his girlfriend, he should have just let her separate without harming her. “It will be very hard to forget what he did,” he said.

Chief Peter Kutama of Muduluni village, where the Const Makhari lived, said that he was very disappointed that some people still used violence to solve their problems. “I have been a leader in this area for a long time, but we have not seen something like this. This is bad and heart-breaking.” He added that several different structures and organizations were available to assist couples with problems.

Chief Ntanganedzeni Kutama of Madodonga Village said the incident had come as a shock to him. “This has left the village in a state of shock. All we can do now is to make an appeal to the community not to resort to violence as a way out of their problems,” he said.

Kutama called on all couples with problems to approach traditional leaders or other professional structures that could help them.

Sarah will be buried on Sunday at Madodonga at 06:00 and Makhari on 21 September at Muduluni.