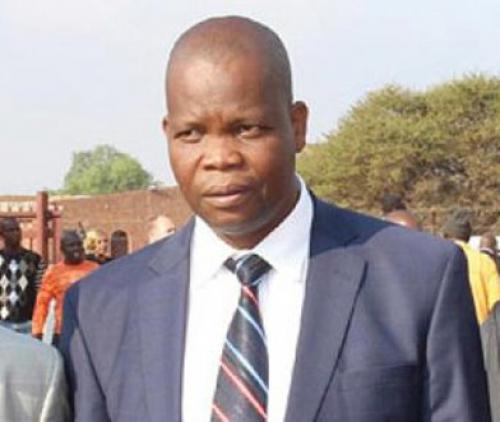 Is Toni in the liquidator's sights?

Over the past month, several high-profile persons have come into the sights of the VBS Mutual Bank’s liquidator, Anoosh Rooplal, but not a word is being said about the outstanding debt of the acting king of the Vhavenda, Toni Mphephu Ramabulana.

Ramabulana’s name popped up last year in the report of Adv Terry Motau, entitled “The Great Bank Heist”, which described how VBS had systematically been looted. In later newspaper reports, allegations were made that the Vhavenda leader owed as much as R17 million to the bank.

In October last year, Mphephu Ramabulana was quoted as saying that he would repay any money owed to the bank. He questioned the amount of R17 million, saying that no such amount had been paid to him, “gratuitous or otherwise”. He undertook to repay any money owed to the bank once it had been calculated and the terms of payment had been set. His spokesperson, Makonde Mathivha, confirmed this to another reporter, saying that once they were told how much must be paid back, how and when, Ramabulana would “do the right thing”.

Last week, questions were sent the liquidator, asking whether the debt had been calculated and settled. The spokesperson for the liquidator, Ms Louise Brugman, responded by saying that, at this stage, no public update on Ramabulana’s debt was available.

Mphephu Ramabulana’s spokesperson, Makonde Mathivha, also did not respond, saying that he was out of town.

The liquidator has been very busy the past few months. In August this year, the Gauteng High Court in Johannesburg ordered Brian Shivambu, brother of the EFF’s Floyd Shivambu, to pay back R1,78 million to the liquidators of VBS Mutual Bank. This formed part of the efforts to recover part of a R4 million loan granted to Shivambu’s company, Sgameka Projects.

At the end of August, the North Gauteng High Court granted a final sequestration order for the assets of VBS Mutual Bank’s former CEO, Andile Ramavhunga. In Motau’s report, Ramavhunga is identified as one of the executives responsible for the looting of the bank. The estates of other VBS executives, namely Tshifhiwa Matodzi, Phophi Mukhodobwane, Nicholas Truter and the former CEO and COO of Vele Investments, Robert Madzonga, have also been finally sequestrated.