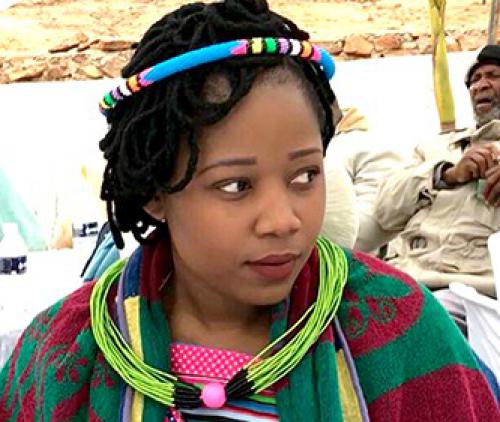 The Mphephu-Ramabulana royal council will challenge the recommendations of the provincial and national Houses of Traditional Leaders. These houses filed a report in the Limpopo High Court last week wherein, among others, they state that Toni Mphephu Ramabulana cannot be king of the Vhavenda.

The spokesperson for the royal council, Mr Ntsieni Ramabulana, said in an interview earlier this week that they did not agree with all the findings of the Limpopo House of Traditional Leaders (LHTL) and the National House of Traditional Leaders (NHTL). When the case reaches the High Court, they will challenge these findings and present their arguments.

The two houses filed their recommendations last week as instructed by the Supreme Court of Appeal (SCA). In April this year, the SCA ruled in favour of Masindi Clementine Mphephu Ramabulana in her legal battle against Toni. The SCA set aside the recognition of Toni as king of the Vhavenda and ordered that the case be heard again in the Limpopo High Court and that a ruling be made on several burning issues.

The SCA also instructed the LHTL and the NHTL to provide the Court with clarity on three issues. The first was whether measures had been put in place to promote the principle of primogeniture in traditional communities. This issue was fiercely debated in the case before the SCA, where Masindi argued that she had been side-lined in the succession battle because of her gender.

The two houses cite several examples where women are in leadership positions. They believe that much has been done the past decade to adhere to the requirements of the Constitution. “The Vhavenda customary law of succession had already been changed to accommodate women,” state the findings. The example is used of Ms Phophi Mphephu, who, as Makhadzi, served as acting paramount chief for a long period of time.

The second issue on which clarity was required, was whether a child born before his or her parent became king or queen could be recognised as a successor. In the Vhavenda succession case, the argument was that Masindi had been born before her father, Dimbanyika, became king. The two houses explained that the Vhavenda customary law was basically the same as that of most communities. The only requirement was that the successor must be born from a Dzekiso wife. In the case of Masindi, her mother, Fhulufhelo, was accepted to be the official Dzekiso wife and she was married to Dimbanyika according to all the required customs.

The last issue that the SCA regarded as crucial to the case was whether a Ndumi qualified as a successor to a position of traditional leadership. “The Ndumi is described as a male person appointed by the royal family as one of the assistants to the reigning King or Queen,” the report states. The two houses highlight that Toni was appointed as Ndumi to his late brother, Dimbanyika. “His appointment as Ndumi automatically disqualifies him from succeeding in a position of traditional leadership,” the report reads.

The matter is now back with the Limpopo High Court for the merits to be adjudged. The parties are now expected to peruse the documentation and decide on a way forward.

Spokesperson Ntsieni Ramabulana said on Wednesday that they questioned at least two of the findings of the LHTL and the NHTL. They agreed that the question of women’s being allowed in leadership positions was not an issue. In the Vhavenda culture, women have often filled senior leadership positions. The issue about a Ndumi’s not being allowed to become a ruler would be contested, he said. The question of whether Masindi had been born from the correct Dzekiso wife would also be debated.

On the question of whether the differences between Toni and his niece, Masindi, could be resolved out of court, Ramabulana answered that this was always a possibility. He said that issues such as these did not belong in the courts and should be handled internally. “There is always an opportunity to reach consensus,” he said.

According to Mr Johann Hammann, attorney for Masindi, some time may elapse before a new successor for the Vhavenda is announced. The parties now have an opportunity to peruse the documentation and then a date needs to be found for a court hearing. Even if the court makes a ruling, it may not be the end of the matter as the “losing” party may take it on appeal.

(Click here for an extract of the court documents wherein the answers of the LHTL and NHTL are contained.)