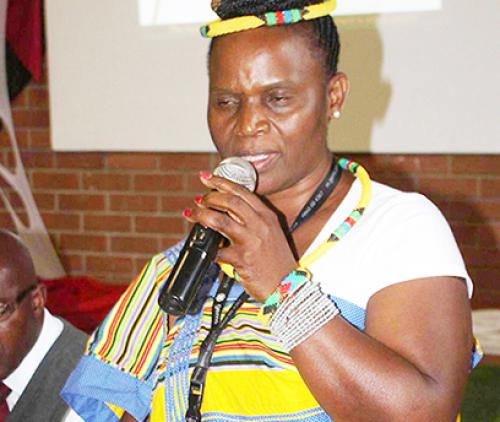 New hospital will be built at Tshilidzini

Ndwammbi said the Tshilidzini Hospital was built in 1958 and some of the buildings were old and dilapidated. She added that the new hospital would be a blessing for the community, and they would be able to deliver better health services.

“We have about 400 beds in our hospital, but many patients are coming to our hospital, instead of first visiting the clinics and coming here after referrals.”

She added that they were happy that the shortage of water at the hospital was a thing of the past as the pipeline from Nandoni Dam was finally installed at the hospital.

Ndwammbi, who was joined by Thovhele Thivhulawi Makumbane, members of the hospital board and some councillors, was speaking during a recent service-delivery summit held at the hospital.

The Thulamela sub-district manager in the health department, Mr Edward Nemavhola, who reported about the primary health care of the hospital, said that the sub district had 42 clinics, while 14 of them acted as referrals to the Tshilidzini Hospital and some of the clinics worked on a caller system after closing hours.

Nemavhola said they were worried as most of their clinics were targeted and vandalized by thugs, leaving nurses and guards in a state of fear for their lives.

Thulamela councillor Livhuwani Ligaraba said municipalities must give support to hospitals for the delivery of better services, like water and sanitation. Thovhele Thivhulawi Makumbane congratulated the management of Tshilidzini for taking the lead in reporting back to the communities on their successes and failures and urged them to fight corruption at all cost, so that the communities got better services.

A community leader, Mr John Mulaudzi, said they wanted the hospital and the department of health to build a clinic in the rural village of Mathule. He added that members of his community used to rely on the Lwamondo clinic, which was far from his area.