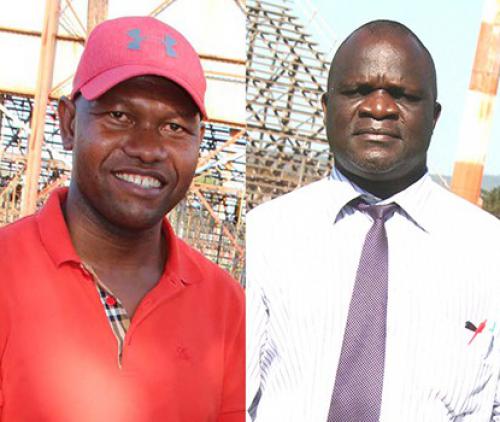 Should the president of Tshakhuma Tsha Madzivhandila FC (TTM), Mr Masala Mulaudzi, succeed in his attempt to procure an Absa Premiership franchise as anticipated, Thulamela Municipality will be ready to cater for two Absa Premiership clubs.

Mr Ronald Makhadi, the manager for sports and recreation at the municipality, said that when reacting to the announcement made by Mr Mulaudzi during an interview at one of the local radio stations.

In the radio interview, Mulaudzi said that he was in the process of buying an elite league status. According to him, the process was in the final stages and that it was a matter of time before the deal was signed. He further stated that he was selling the club’s GladAfrica Championship franchise and that several prospective buyers had shown interest in the status.

He also stated that they would continue to use the Thohoyandou Stadium as their home ground in their Absa Premiership campaign. Asked whether Mr Mulaudzi’s procurement of the status would not result in the overutilization of the Thohoyandou Stadium, Makhadi said no reason existed for anyone to press the panic button.

He stated that they would manage the facility properly, saying the two clubs, TTM and Black Leopards, would be catered for accordingly. He added that the two clubs should arrange between themselves to avoid clashes for the home fixtures. “We will continue to manage the Thohoyandou Stadium the way we did over the past three years after TTM bought the GladAfrica Championship status,” said Makhadi.

According to him, the only difference is that TTM will be campaigning in the Absa Premiership Division, but the way they had been managing the stadium would not change. He further revealed that they would take some of the matches to the Makwarela Stadium. He stated that the construction of the Makwarela Stadium was in the final stages.

He said that the Makwarela Stadium would be able accommodate 8 000 spectators. Asked about the status of the Makhuvha Stadium, Makhadi said that the process of refurbishing the facility had been about to start when the state president pronounced the national lockdown in March. He stressed the fact that Makhuvha Stadium will supplement the Thohoyandou and Makwarela Stadiums upon completion of the refurbishment process.