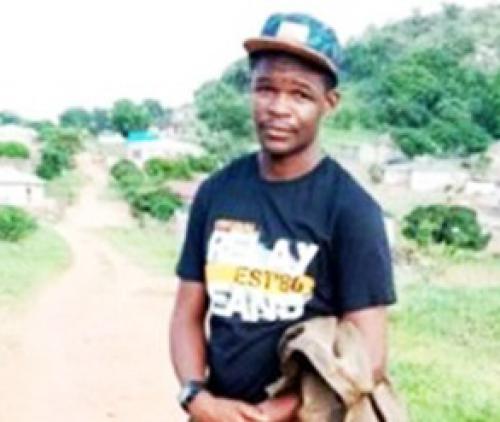 A 24-year-old man, Mr Lufuno Nemavhulani, was shot dead during a suspected armed robbery at Tshimbupfe-Mavhulani in the Vuwani area on Sunday evening.

The police in Vuwani have launched a manhunt for three unknown suspects, following the incident. From what could be established, three robbers entered the house and held up the five family members at around 20:00.

They demanded cash and tied a woman’s hands and legs with shoelaces. When some of the family members resisted, the robbers allegedly started firing indiscriminately. In the process, Nemavhulani was hit in the stomach and died at the scene of the incident.

The suspects robbed the victims of their valuable belongings, such as cash, clothes, and a white Nissan1400 vehicle with registration number BNK 460 L, before they fled the scene.

The family spokesperson, Pastor Lawrence Muhali, said the incident had left the family in a state of shock and confusion. “Imagine having seen your family member a few hours back, healthy and strong, and all of a sudden being notified about the incident,” he said.

Muhali added that the family would love to see the law take its course. “We want to see a severe punishment. The accused have to pay for what they have done,” he emphasized.

Chief Mianzwi Netshimbupfe said that they were just hoping that the police would do their part and make sure that the culprits were brought to book and answered for their actions. “As leaders, we are concerned about the death of defenceless people. We feel that the community must stand up and join the police in the fight against crime. We cannot just sit down and watch while our people are being killed,” he said.

The whereabouts of the suspects are still unknown at this stage.

According to Brig Motlafela Mojapelo, spokesperson for the Limpopo Police, their investigations are continuing. “Anyone with information that can lead to the apprehension of the suspects is asked to contact the nearest police station or the crime stop number 0860 010 111,” said Mojapelo.

The search for the gunman was still on at the time of our going to press. Nemavhulani will be buried on Friday at 15:00.