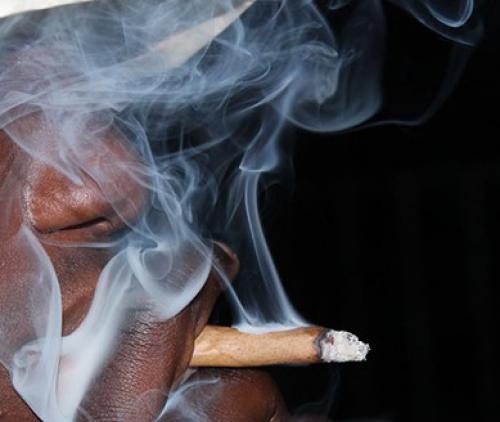 A different kind of war

A war of a different kind is currently raging in Vhembe - a war that seemingly concerns the right to sell dagga illegally in different areas. Some of the murders reported over the past few weeks in the region are believed to be related to this turf war.

The tension started building up last Wednesday at the taxi rank in the Louis Trichardt CBD. Fighting broke out between two rival groups, and in the scuffle, a member of one of the groups was stabbed and seriously injured. He had to be taken to the local hospital and was later transferred to the Polokwane provincial hospital.

On Monday, the conflict moved to Ravele, where an armed group of gang members arrived, apparently searching for a rival “dealer”. When the “dealer” could not be found at his home, shots were fired, and the windows of his home were smashed.  The group then proceeded to Zamenkomste, in search of another rival dealer.

From what could be established, the group had already visited Zamenkomste earlier that day, in search of the man. They arrived at his house, but he was nowhere to be found. They told his younger brother that the family must warn him to not meddle with the business in Louis Trichardt. The family members apparently tried to call their brother and warn him, but his phone was switched off.

A community member, who requested to remain anonymous, said that the gang had returned to Zamenkomste later that night. People heard shots being fired at around 21:00.

From what could be established, the gang members had returned to the home and found the brother that they had been searching for earlier. He was shot several times. When neighbours investigated, they found the man in a pool of blood. The gang members warned the other family members, however, that they would also be killed.

The injured man was apparently only taken to hospital the next day when the police arrived.

A community member commented that people were very frustrated with the rampant crime in the area. He said that thugs had been terrorising the community for a long time, but the police were dragging their feet in addressing the problems. He urged everyone to be united in the fight against crime. “All we want is a crime-free village,” he said. He blamed “incompetent policing” as the main reason for the increase in crime.

Residents from the Zamenskomste area believe the turf wars between gangs had already caused a number of deaths. In June this year, two women, a 90-year-old gogo and her 60-year-old daughter, were killed in Gogobole. Their deaths are rumoured to be related to the dagga syndicates fighting over territory.

Residents also accuse the police of colluding with dagga smugglers. They stated that they had no confidence in the police’s ability to act against the criminals.

The spokesperson for the SAPS in Limpopo, Brig Motlafela Mojapelo, confirmed the shooting at Zamenskomste. He said that a man was shot, allegedly by dagga smugglers. He said that the police were investigating a case of attempted murder.