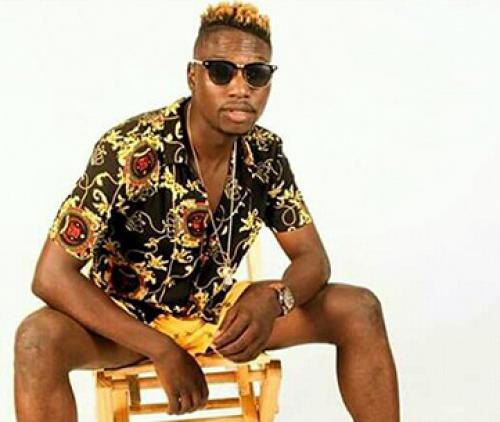 Because of the negative effects of Covid-19 on his musical career, prolific local musician Zwivhuya Makondelele, aka Mosque Slenderboy, has started a small business of selling mango achar. Photo supplied.

“The effect of Covid-19 has hit us hard. As artists, it is important for us to start small businesses because our music careers have hit a snag. I encourage fellow musicians to stand up and do something because we can no longer survive by music as our only source of income.”

These are the words of Zwivhuya Makondelele of Fondwe village outside Thohoyandou.  Famously known as Mosque Slenderboy in the music industry, Makondelele has now resorted to selling mango achar in the streets of Thohoyandou to survive.

He said with confidence: “My fame and celebrity status will never bring food on the table. I had to swallow my pride and get down to business to make sure that I survive during these difficult times. I urge my friends in the music industry to come up with honest plans that will help them to put some food on the table.”

He said he used to make a living by performing in gigs and selling compact discs before the outbreak of the coronavirus. “That was good then and I never thought that our lives would be turned upside down because of Covid-19. I hate crime and I wanted to earn clean money. After realising that I could no longer perform and move freely to sell my music, I then decided to come up with something to keep the wolf from the door. It was easy for me to get into business because many people know me. This situation has really taught us that we should not only depend on one source of income to survive.”

Mosque Slenderboy added that he used his musical talent to enhance his achar business. “I use my acrobatic dancing skills to attract customers, and I also make sure that I communicate with them humbly and respectfully. I have just realized that customer care is the most important skill to keep the business running.”

The artist, who started his musical career as a dancer for Makhadzi, has four albums under his belt. His first album, Tshimange, was released in 2010, followed by Mmbwa yanga in 2016. He released Mitambo ya kale in 2018 and his latest is Tshikandeledzi, which was released last year. His music is a mixture of rhumba, kwasa kwasa, house, manyalo and gospel.