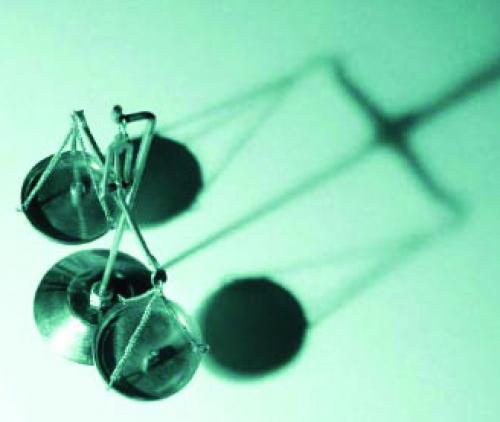 In what is widely considered a victory for transparency and accountability, a local magistrate has ruled that the Makhado Municipality must make documentation relating to tenders awarded for the sale of a public park available to the Zoutnet group of newspapers.

The controversial sale of the park happened last year. The park was divided in two sites, which were offered for sale by public tender. The tenders were, however, not awarded to the highest bidders. One section of the property was, in fact, sold to the lowest bidder. The other section was sold to a bidder who offered R450 000 less than the highest bidder. In total, the municipality could have been paid R850 000 more for the two erven.

At the time, the municipality refused to make specific information available about the transaction. Requesting information to find out who the successful bidders were, took weeks, and even then, the correct names of the companies were not supplied. The municipality also refused to give any reasons as to why the highest bids had not been accepted.

PAIA to the rescue

The newspaper was eventually forced to turn to the Promotion of Access to Information Act (PAIA) to try and obtain information. This legislation is meant to give effect to the right to information held by a public body that is enshrined in South Africa’s Constitution.

A PAIA application to request the information about the sale of the two sites was submitted on 14 October 2019.

According to the Act, the municipality had 30 days in which to produce the documents or else to give reasons why the request was being refused. The municipality completely ignored this request. The next step, as prescribed by the Act, was to file an internal appeal to the Speaker of the municipality. This was done on 10 December, but the appeal was also ignored.

Prior to October last year, the next step for anyone seeking information and being refused by an institution such as a municipality, would have been to approach the High Court. The regulations were changed, however, making it possible to bring such an application in a magistrate’s court. The advantage is that this is a quicker and cheaper way to try and ensure that legislation is adhered to.

On 11 March this year, papers were served on the municipality, indicating that the magistrate’s court would be requested to order the municipality to make the documentation available. Even this process was initially ignored and the case was heading to court on 12 April for a default judgment. This date, however, happened to fall in the lockdown period and had to be postponed.

You are irritating and you waste our time

Tshivhengwa argues that the PAIA form is incomplete, as it should not have only included the name of the applicant, but also that of the company which owns the paper. He also argues that the successful bidders should also have been included in the application, because they could be affected by the outcome. Tshivhengwa seemingly believes that not everyone has the right to information and that such a right must first be established. He also feels that such PAIA requests place an unnecessary burden on officials working at the municipality

Not so fast, says magistrate

In what is possibly the first ruling by a magistrate in a PAIA case in South Africa, Magistrate Vanessa Grundlingh clearly spent a lot of time evaluating the arguments.

She first addresses the two technical points raised by the municipality. The first one concerned the right of Zoutnet CC, publishers of Limpopo Mirror and Zoutpansberger, to be an applicant in the case. The PAIA application was brought in the name of Anton van Zyl, owner of the newspapers. Magistrate Grundlingh ruled that no ambiguity ever existed and the council knew exactly who had made the request. “When the prescribed forms were used, they did not detract from or alter that which had gone before. The forms should not be regarded in a vacuum,” she said.

The magistrate also quotes sections of the Act where the municipality’s responsibilities are spelt out. “The Respondent has a duty to assist requesters if they did not submit the request in the manner required by Section 18(1) of PAIA,” she says.

The municipality’s second concern was the fact that the successful bidders were not made party to the case. Grundlingh refers to various previous judgments that determined when an outside party should be joined in a case. “There are no facts supporting the contention that it was necessary to join the two entities as parties to these proceedings,” she says.

The municipality’s argument that the newspaper was simply fishing for a newsworthy story, at the expense of hardworking officials, also was not accepted by the court.

“The Respondent points to the Applicants simply looking for a news story, but that there is nothing there to report on. The determination of whether there is or is not anything to report on is not something for the Respondent to decide. The Applicants will decide whether or not to publish a story and the public will decide whether or not they believe the story published. If any member of the public then decides to lay a complaint, based on what they have learnt, they will be armed with the information gained. This is the purpose of the news media,” Grundlingh said, quoting a previous judgment by another court.

The magistrate ruled that the applicants, “having complied with the procedural requirements for a request for access to a record held by a public body and having exhausted the internal appeal remedies available to it, is entitled to access to such record”. A cost order was also granted against the municipality.

Municipalities are not toeing the line

The ruling of Magistrate Grundlingh was widely applauded, with many describing it as a significant victory for constitutional rights. The SA National Editors Forum (SANEF) issued a statement in which it welcomes the ruling.

“SANEF notes that this victory is particularly symbolic because it has been achieved 11 days before the world commemorates the annual UNESCO International Day for Universal Access to Information. Civil society and the media around the globe recognise the importance of transparency and a culture of openness and accountability for participatory democracy.”

In its statement, SANEF also mentions the Access to Information Network 2019 report that indicates that 66% of all requests made to municipalities or local government were ignored entirely.

“Year after year, the Access to Information Network’s Shadow Report on the state of access to information in South Africa has demonstrated low levels of compliance with PAIA by government, state-owned entities (SOEs) and private companies. The case shows that compliance levels with PAIA remain dismal, and deliberately so, despite PAIA having been in operation for 19 years this year,” the statement said.

Previous research also points to the difficulties that communities and community media have to use PAIA to get public and private institutions to release information. Compliance is generally very low.

“SANEF believes that the right of access to information is fundamental to the proper functioning of democratic institutions which may be compromised when members of the public and media are unable to access it. Access to information enables more effective monitoring of state organs and private institutions, and the holding of those in power to account,” said SANEF.

But it’s not yet the end

On Friday, the Makhado Municipality filed a notice of intent to appeal. According to the filing notice the municipality is of the opinion that the magistrate had erred in her findings and should not have granted the application. The case will now have to make its way to the Limpopo High Court

Makhado Municipality’s spokesperson, Louis Bobodi, told SABC news that they felt that they had a strong case. He said, according to their interpretation, the Act gave them the right not to disclose confidential information about clients to the public.

“We did refuse to divulge confidential and commercial information of third parties for public consumption, because we could be sue-able for that,” he told the SABC.

Zoutnet, publisher of the two newspapers, indicated that it would contest the appeal. “We will fight for the right to gain access to information,” said Anton van Zyl, owner/manager of the publications. He said that the only sad part was that a small community newspaper with extremely limited resources must take on municipalities to enforce a Constitutional right.

“We believe the municipality has no chance of success in any court. They have blatantly disregarded the law and now, when taken to task, suddenly want to try and escape the consequences. They are trying to buy time, and all this at the expense of taxpayers whose money they are using to try and cover up irregularities,” said Van Zyl.

(Click here to read the ruling of the magistrate)