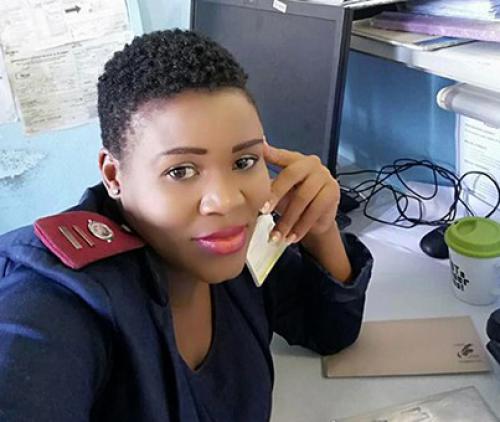 It's never too late to start studying

Tahulela Patience Lehaha (38) from Gogobole village is living proof that it is never too late to achieve your goals in life.

She obtained her B-Tech honours degree in Oncology Nursing in 2019, at the age of 37, and is more than ready for this new chapter in her life. Lehaha was one of the less fortunate people who could not further her education at varsity, because she had no money.

“After passing my matric, I was forced to stay home because there was no money to fund my education, so I went to work at a distant farm as a tomato harvester,” she said.

Lehaha had always had a zeal to achieve more in life. She enrolled for a course in security services with the little money she earned as a farm worker. Soon afterwards, she quit the farm work and found employment as a security officer. “At one stage, I was posted at one of the hospitals in Krugersdorp and I would interact with nurses daily. Somehow, I started loving the nursing uniform. There and then I knew that this was the profession for me. I vowed in my heart that I would follow it.”

She said she had to lead a very frugal life while saving money to register for a programme in nursing. She described her passion towards studying nursing as something “that felt like a joke” at the time and explained how hard it had been for her to push through. “I would only sleep two hours after working night shift and use the rest of the time reading and studying,” she said. “The programme was like this: I had to go to school when I knocked off at six o’clock in the morning and then go to my room in the afternoon just to sleep two hours. Then I would catch a train to work at five o’clock in the afternoon again for the night shift.”

She said that when she had been a security officer, she had told herself that she would achieve her dreams against all odds. “All I needed to do was to cut out all fancy food, clothes and entertainment that needed money,” she said. “I survived on chicken feet, eggs, atchar and pap – and I didn’t lose hope because I knew what I needed in life.”

Lehaha registered for an auxiliary nursing course and a bridging course in nursing, followed by a B-Tech honours degree in Oncology Nursing. “My joy was not small when I graduated in 2019,” she said. “This achievement means a lot to me. I now believe the Tshivenda saying “maṅa a mutuka a si vhumatshelo hawe” - which means that the undoing, unfavourable conditions of one’s childhood or beginnings do not determine one’s future.”

She has already started her campaign on early detection of childhood cancer. “My motivator is Dr Vhutshilo Netshituni, who is the first black paediatric oncologist in South Africa,” she said. “Her journey motivates me to an extent that I feel that I need to do more for my community. Again, I am inspired by Dr Phophi Ramathuba (Limpopo MEC and medical doctor). She’s very energetic and I see myself in her always.”

She said she would like to see her life story inspire young ladies who think that rising up after going through teenage pregnancies is impossible. “Don’t huddle in the corner and bite your fingers in despair,” she said. “It is never too late to start.”