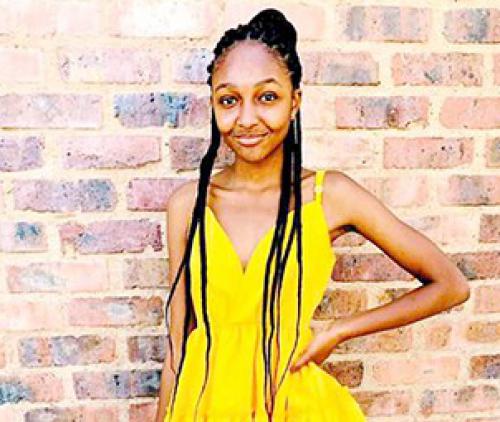 Mukonazwothe Netshitavhadulu from Break the Silence is living proof that age does not matter as far as adding value to society is concerned. Photo supplied.

Break the silence about abuse

“Our country is increasingly becoming an unsafe place for women, and it is up to us as women to stand up for ourselves,” says Mukonazwothe Netshitavhadulu, a young woman from Tshidzini Mutshili village, who shows that age does not matter as far as adding value to society is concerned.

Mukonazwothe is a second-year chemical engineering student at the University of Johannesburg. She started an organisation called Break the Silence in 2019 that shines a light on the fight against the abuse of women and children. “I decided to start the organisation because thousands of women and children are being killed every day, and it is up to us as women to stand up and fight for ourselves,” she said. “The crime rate against women in South Africa, as reported by Statistics SA, hints that the femicide in South Africa is five times higher than the global average. This means that women are five times more likely to be killed as a result of gender-based violence perpetuated by men.”

The organisation does not just want to raise awareness but aims to address the root of the problem by teaching young boys how to treat women with respect. “The motive behind this is to make sure that they grow up with the knowledge that women are to be respected and not to be hurt,” Mukonazwothe said.

They also offer self-defence classes to women to empower them against physical violence and help them to protect themselves. “We motivate and help women to gain confidence in themselves, so that they are able to stand up for themselves wherever they go,” she said. “We also provide counselling to those who have been abused and help them seek and find justice.”

Break the Silence has just entered into a partnership with a like-minded organisation from Zambia, called Bwami. “We will be helping each other as organisations with ideas on how to better serve our clients. We came to realise that the abuse of women and children is a global problem, so we encourage our women to break the silence.”

The organisation has been donating sanitary pads, stationery and food parcels to schools and orphanages.