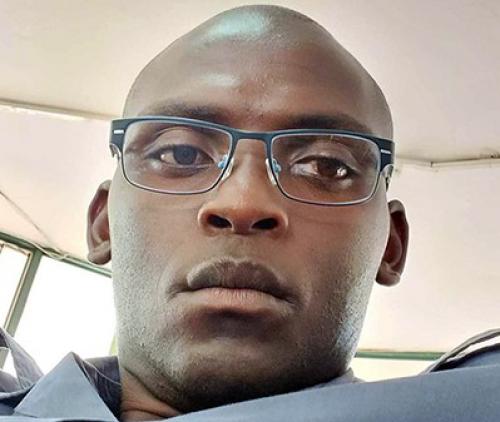 Police Constable Rabelani Netshivhambe from Tshilwavhusiku SAPS was shot during a confrontation with suspects and died in hospital. Photo supplied.

A well-respected police officer from the Tshilwavhusiku SAPS station was shot dead on Friday, 26 March, during a confrontation with two suspects believed to be involved in several business robberies in the village of Maebane.

According to police spokesperson Col Brenda Muridili, Const Rabelani Netshivhambe (31) and his colleagues were responding to several reported robberies at businesses in Madombidzha, Madabani, Tshikwarani and Maebane, where two suspects had allegedly robbed spaza-shop owners.

While the police officers were searching for the suspects, they came across two men on foot in Maebane village. The officers stopped to question the men as they matched the description of the robbery suspects. One of the men pulled out a gun and shot at the officers, before both men fled from the scene. Netshivhambe was wounded and rushed to hospital, where he died.

After the incident, a 72-hour activation plan was immediately implemented, mobilising all resources needed to investigate and trace the perpetrators. The suspects were apprehended in Maebane on Saturday night at the home of one of them. Traffic piled up at the scene and had to be redirected as the police barricaded the scene. Within a short time, a large number of residents had gathered around the scene and watched as the police searched the suspects and found the pistol with which Netshivhambe had been shot.

During the arrests, the police recovered a 9 mm pistol and 15 rounds of ammunition. The two suspects, Victor Mushambo (43) and Collet Maduwa (32), appeared in the Tshilwavhusiku Magistrate’s Court on 29 March. They were charged with murder, attempted murder, business robbery and possession of an unlicensed firearm and ammunition. They remain in custody until 9 April while investigations continue.

Mr Thulani Netshivhambe, elder brother of the deceased, said the family was saddened by the untimely death of their loved one. “We are concerned at the way he was shot while serving the community,” he said. Netshivhambe only joined the SAPS in March 2019. “This is a hard time for us all. The man could not even hurt a fly, but they decided to kill him in the cruellest way,” he said.

The killing of police officers by criminals is becoming a source of great concern. Each year, many police officers are killed in the line of duty or ambushed at their homes. In many cases, the men and women are killed merely for their firearms.

The National Commissioner of Police, General Khehla Sithole, has conveyed his sincere condolences, on behalf of the SAPS, to the family and friends of their fallen colleague. Sithole commended the Limpopo police for the swift arrest of the suspects.

Netshivhambe will be buried on Saturday, 3 April, at Itsani village. The service will start at 06:00.