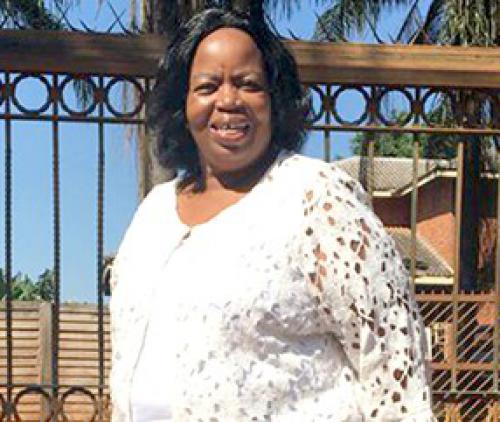 Late Netshiombo will be remembered for her love

The late Ms Humbelani Mercy Netshiombo was described as a loving, caring and humble mother who did an outstanding job uniting her family and spreading her love to all around her.

Netshiombo (59) was born and bred in Mukula village. She started her schooling at Takalani Primary School and finished her matric at Mukula Secondary in 1981.

She went to the University of the North, now called University of Limpopo, in 1982 to pursue her tertiary education, and obtained a bachelor’s degree in social work in 1985. She joined the Department of Social Development in 1986 as a qualified social worker and was stationed at the Donald Fraser Hospital as the first residential social worker (on a full-time basis), under the supervision of Edwin Nefale.

Netshiombo was later transferred to the Vhembe District’s offices of the Department of Social Development, where she worked with psychiatric patients who had committed serious offences, such as murder and assault. She was also sent to Weskoppies to be capacitated on the management of such psychiatric patients.

Netshiombo was also a passionate farmer and possessed a wealth of knowledge of indigenous plants and food. A few weeks before her death, she bought some seeds for her son Tshifhiwa, and asked her husband to give him a piece of land on her farm where their son could plant as way of encouraging him to follow in her footsteps.

She passed away peacefully on 3 July at her home in Sibasa, Block Q, and was buried on Friday, 9 July, in the Mukula graveyard under strict Covid-19 regulations. Netshiombo is survived by her husband, Mr Kenneth Netshiombo, their three sons, Tshifhiwa, Livhalani, and Bono and one daughter, Mashudu.