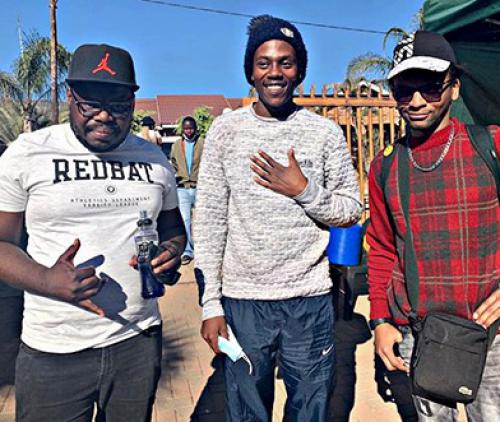 Shooting for 'The Bad Bishop' starts in Vhembe

Time Bomb Films has commenced with the principal photography for their dark comedy feature, The Bad Bishop, in the Vhembe District.

The Bad Bishop is about a group of misfits, led by a recently released convict, who forms a thriving church with the sole aim of conning congregants. Bitter about the system and hungry for success, former convict Khaya Gumede teams up with his loyal friends and forms the Christ Revival Church. As their status grows, so do their bank accounts, lies, and abuse of power.

The big question is: How long can Khaya and his friends maintain their elaborate wealth and luxurious lifestyles? That remains to be unveiled by watching the actual movie once it is released in 2022.

“The Bad Bishop touches on a universal subject of the so-called ‘fake prophets’ who take advantage of desperate people,” said filmmaker Joseph Muthaphuli, who was born and raised in Tshitereke village outside Thohoyandou. “However, our story is a work of fiction. As storytellers, we tell what is happening in society creatively. The film is not based on any pastor; we are merely interpreting what is happening in our communities.”

The film is currently being shot, mainly in Louis Trichardt and around Thohoyandou, as Muthaphuli has a vision to create a sustainable film industry in Limpopo. “My dream is to grow, develop and expose Limpopo’s local talent, be it actors or crew members, to the film industry,” he said. “Daily, I work hard to make this a reality. Right now, we have hired about 35% locals to work on the film set with experienced cast and crew members. Next time we shoot, some of these talents will be able to take on more responsible roles as there has been a practical skills transfer. Slowly but surely, we build the Limpopo film industry, one film at a time. Before we know it, we will tell our own stories in our own beautiful province.”

While Muthaphuli says he is excited about the film and giving opportunities to film graduates, he stresses that The Bad Bishop is meant to entertain the viewers. “We are not judging anyone who believes in these pastors or prophets, but we hope to entertain people with the story and trust that the viewers will have a light-bulb moment about the importance of searching and feeding one’s spirituality with the truth,” said Muthaphuli.

As the world deals with the challenges of a global pandemic, Muthaphuli added that The Bad Bishop set was Covid-19 compliant.