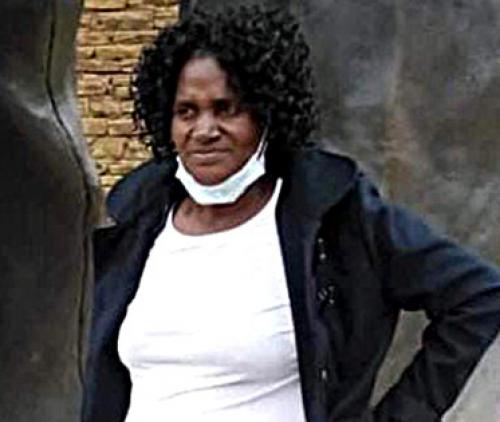 Naledzani Makhado (52) from Vyeboom in Vuvani has been missing since 10 September this year. She is a counsellor at Kurhuleni Clinic but never showed up for work on the afternoon she disappeared. Photo supplied.

Naledzani Makhado (52) of Vyeboom in Vuwani has been missing for the past month, and friends and family members are worried that something bad might have happened to her.

Makhado left her boyfriend’s place at Hamangilasi (also in Vuwani) on 10 September. She was supposed to report for duty at the Kurhuleni Clinic, where she worked as a counsellor that same afternoon, but never showed up for work.

Naledzani told friends from work, after leaving her boyfriend’s place, that she was to meet her ex-boyfriend, who was to give her some money. She was supposed to give money to a woman at Vyeboom for some perfume and Mopani worms she had bought. The woman waited for her at the local bus stop, as arranged, but Naledzani did not show up.

Her work colleagues started enquiring about her whereabouts as she had documents that were to be used at work, but she did not answer her phone and so they left her messages on WhatsApp and Facebook.

The messages were later responded to, telling them that they might not see her again as she was somewhere in dense bushes in a place she did not know. She said that she had made the mistake of “falling in love with a criminal”. The messages have since been dismissed as hogwash and seemingly just meant to waylay evidence that could lead to her whereabouts.

Naledzani’s brother, Piet Ndou, said the family members were convinced that foul play was involved. “My sister told her colleagues that she was going to fetch money from her ex-boyfriend, and we know for a fact that there was a fight between the two,” he told the media.

Ndou said the strange thing was that her ex-boyfriend had gone missing too and could not be traced. “We found out that the ex-boyfriend’s brother works at the Vuwani police, and we feel the Vuwani police cannot be neutral in this case.” He accused the police of not being very helpful.

Limpopo police spokesperson Motlafela Mojapelo confirmed that a missing-person case was opened and that the police are investigating. They are making a plea to anyone with information that might be able to assist the police in locating the missing woman to contact Detective Warrant Officer Tshifularo Kenneth Mugubi on 066 177 5214, 015 961 7000, the Crime Stop number 08600 10111, visit the MySAPSApp or go directly to the nearest police station.

Naledzani Makhado was last seen in the navy-blue uniform that is worn by lay counsellors at the Kurhuleni Clinic.