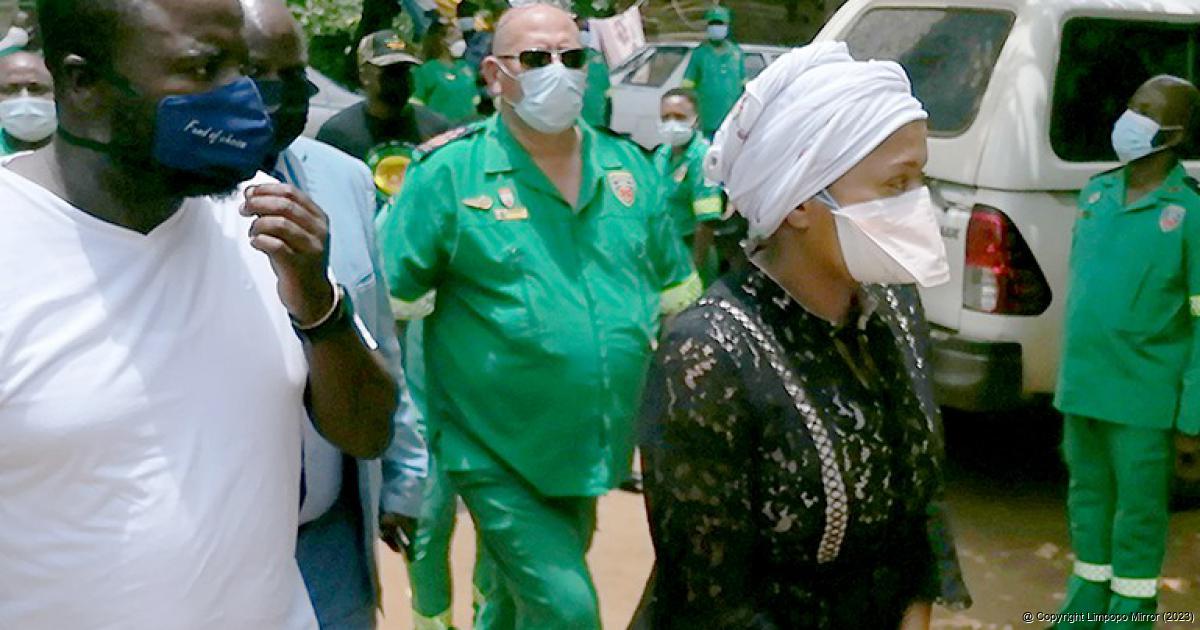 Limpopo's Health MEC, Dr Phophi Ramathuba, visited the Ramarope family in Tshikota on 3 January 2022 to pay her last respects to the EMS official who had died in an accident on 2 January. Photo: Bernard Chiguvare.

On 2 January, when the world was still celebrating the dawn of a new year, the Ramarope family from Tshikota were in mourning. They were shattered by the news that Direng Bernard Ramarope, an EMS official attached to the Makhado EMS station, had died in a fatal accident.

The accident happened on New Year’s Day on the N1 North, near the Capricorn toll plaza. The ambulance Ramarope was driving collided head-on with a sedan. The five occupants of the sedan died on the scene. Ramarope’s assistant, Ms Phophi Eustantia Nemafhohoni, was rushed to Limpopo Mediclinic in Polokwane, where she is said to be in a serious but stable condition.

Both the family and the Department of Health described Ramarope as a much-needed and hardworking man. “We have been robbed of a family member who was dedicated in helping the family. Whenever we needed anything as a family, Direng would not hesitate doing it,” said Matome Ramarope, the deceased’s elder brother.

The MEC for the Limpopo Department of Health, Dr Phophi Ramathuba, echoed these sentiments. “Direng was a front liner, a foot soldier. When the department had complicated cases, Direng would be assigned such duties,” said Ramathuba when visiting the family on 3 January. “Their loss (the Ramarope family) is our loss. The pain they are feeling is the same pain we are feeling,” she added.

Direng had more than 16 years of experience working in the department. He is survived by his wife and three children, aged 14, 12 and 5. He was laid to rest on Thursday, 6 January.