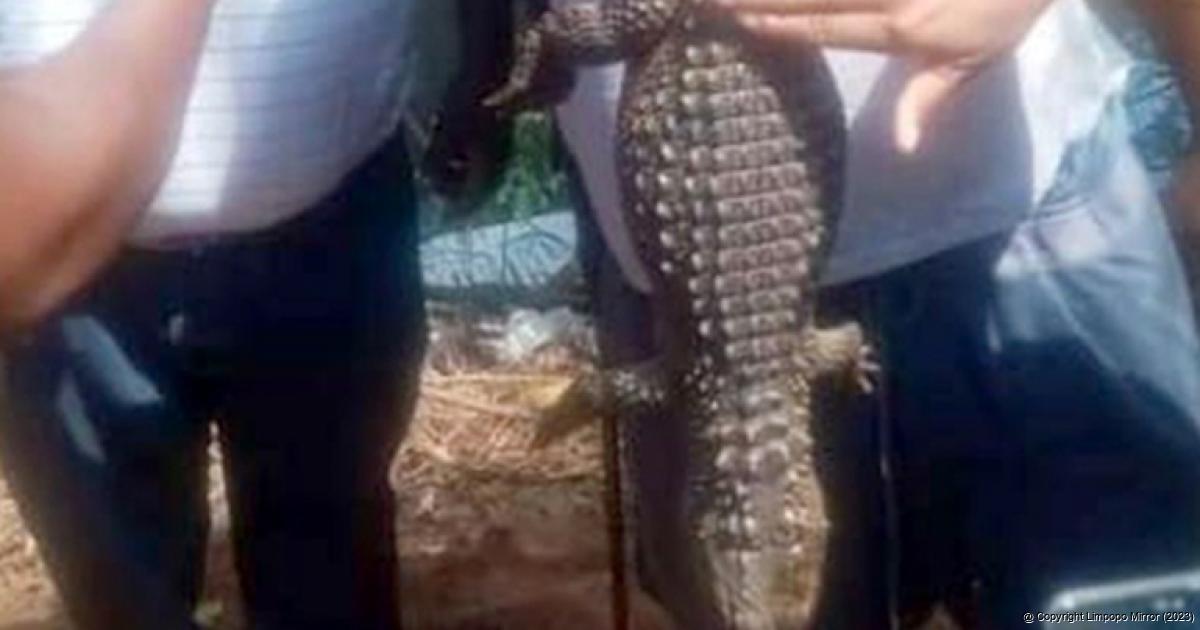 One of the three crocodiles spotted at Matswale Phase 1 was taken away by officials of the Limpopo Department of Economic Development, Environment and Tourism. Photo: supplied.

Matswale residents warned to look out for stray crocodiles

On 4 January, the Musina Local Municipality issued a warning through social media about crocodiles that were spotted in a stormwater channel in Matswale Phase 1.

The stormwater channel runs through the township, and as unsuspecting children often play near the channel, the municipality is worried that the children may be in danger from these reptiles.

“The public around Matswale Phase 1 is warned to be vigilant until all the spotted crocodiles are removed,” said Wilson Dzebu, spokesperson for Musina Municipality.

Limpopo Mirror also spoke to the Limpopo Department of Economic Development, Environment and Tourism. According to the department’s spokesperson, Zaid Kalla, finding crocodiles in areas like that is not unusual. “In the fight for territory, crocodiles often get pushed [chased] out by other crocodiles and end up at the sewerage dam,” Kalla said.

“It is in the best interest of our communities, as well as our wildlife, for the department to catch and relocate such animals to suitable habitat areas. However, if it is not possible to safely relocate them, the department will destroy [kill] them to ensure the safety of the citizens.”