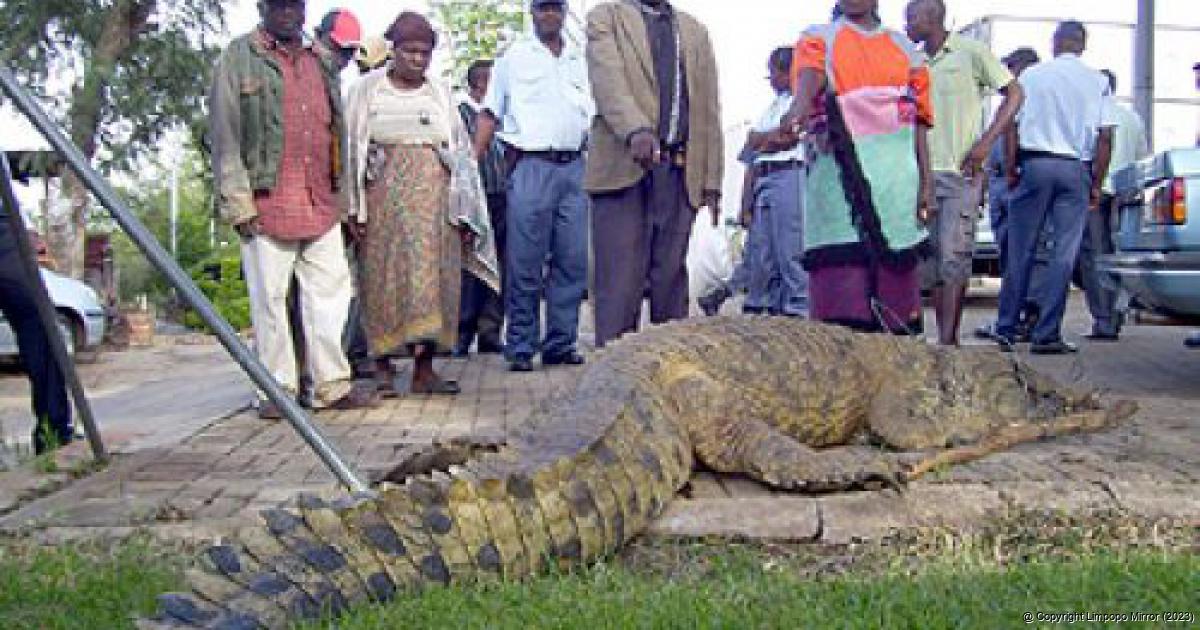 The giant reptile which tore the young fisherman to pieces.

The destitute family of a Limpopo Grade 12 learner, who was devoured by crocodiles while catching fish with nets at the Luvuvhu River near Thohoyandou on Saturday, has called on members of the community not to venture into the river as it is swarming with crocodiles.

The tragic death of the learner, Thivhalitshi Mutheiwana (24), a learner at Madadzhe High School at Tshikonelo outside Thohoyandou, has plunged the tightly knit community of Tshikonelo is in deep mourning.

Mutheiwana was an aspirant electrician who doubled-up as a fisherman. He made sure that his family had a plate of food everyday. His destitute family has been devastated as he was the sole breadwinner in the family because he fixed cell phones and radios for a fee.

His elder brother, Humbulani, said the family had been left devastated. “He was a very responsible young man who had a bright future ahead of him,” said Humbulani.

He said his brother left his girlfriend, who was visiting him, and headed for the river in the company of a young man. “We did not know that it was going to be his last trip to the river as we later got the bad news that he had been caught by a giant reptile,” he said.

It is alleged that when he got into the river, he shouted to his friend that a crocodile had caught him. He said they headed straight to the river where the incident had happened and saw that the crocodile and Thivhalitshi were nowhere to be found. The body was found the following day, a kilometre from the scene where they had been fishing.

“We saw some tracks leading to the river and were still looking for clues when a big crocodile came out of the water next to the body of my brother,” he said. He said they summoned nature conservation officers, who came and shot the reptile dead. Several parts of the deceased’s body were found in the stomach of the croc.

The local Sanco chairperson, Emmanuel Mahadulula, said this was the second time in three years that such an incident happened. “It is disheartening because it is happening to a young person with a great future in front of him,” he said. The police spokesperson at Malamulele, Inspr Alson Mapindani, confirmed the incident and said investigations were continuing.

Meanwhile, funeral arrangements are continuing and it is hoped the funeral will take place tomorrow (Saturday) if a Good Samaritan comes to the aid of the family. “We are a very poor family. I started working only three months ago; my father is a pensioner and my mother does not receive any grant and this is what led the young man to play dice with his life to ensure that there is food for the family,” said Hum-bulani, the grieving brother.