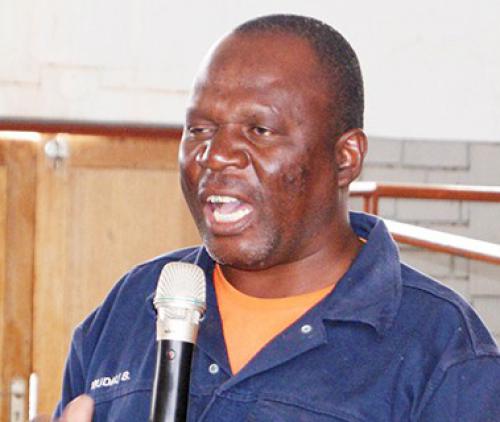 A late employee of Musina Municipality, Mr Khathutshelo Bethuel Mudau (55), who passed away last week, was hailed by many as a hard worker whose contribution to the enhancement of service delivery will not be forgotten.

These were the words of Musina Mayor Mihloti Muhlope in her tribute to the fallen municipal employee. Mudau died last week after falling ill.

Muhlope said losing employees during a time when people needed them most to deliver efficient services to the community was painful. “We are very touched by his death, because it will definitely affect our service delivery. One loss is too many, and we send sincere condolences to the family for their loss and everyone who had the pleasure of knowing and working with the deceased.”

The manager for civil works at Musina Municipality, Mr Mike Mthombeni, described the late Mudau as a humble, reasonable and dedicated hard worker whose contributions would be missed. “He would come and greet everyone in the morning before he commenced with his duties. He was a very good advisor who advised us on many work-related issues. He would also encourage young workers to work hard. He was very active in staff meetings and there was no way that he would leave a meeting without any valuable contribution.”

Mthombeni said although Mudau was ill, he thought he would recover and fully contribute to the service-delivery business of the municipality. “He loved his work so much that he kept on coming to work even though he was not feeling well. We decided to allocate him light duties, but he kept on complaining that he was comfortable with the normal work routine. He has left a huge vacuum that will be difficult to fill here in our municipality.”

The deputy chairperson of the South African Municipal Workers Union in Musina Municipality, Mr Gift Munzhelele, said Mudau had been a loyal member in good standing. “He made sure that he attended all our meetings without failure. He was a fearless revolutionary who didn’t compromise on fighting for the rights of the workers. As workers, we will miss his contribution, but his spirit will motivate us to work hard to deliver the much-needed services to our people.”

Mudau will be buried tomorrow (Saturday, 21 March) in Musina.