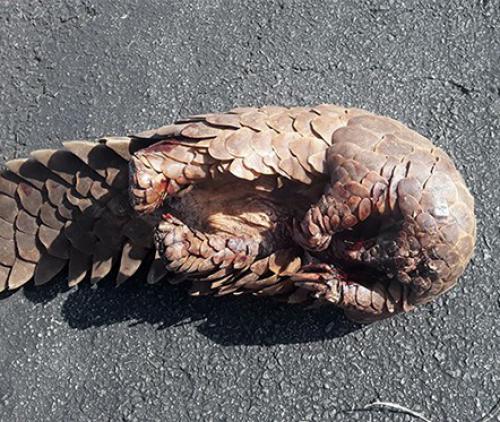 The dead pangolin that was found in the suspect’s possession. Photo: Limpopo SAPS.

A 38-year-old man was arrested outside Musina on Wednesday afternoon for being in possession of a protected species.

The man was arrested after a dead pangolin was found in his possession during a joint operation  between members of the Endangered Species Unit, the Crime Intelligence Unit and LEDET (Limpopo Economic Development, Environment and Tourism).

“The members made a follow-up after a tip-off was received from members of the community, and this led to the arrest of the suspect in the Musina CBD, allegedly selling the pangolin,” said provincial police spokesperson Brigadier Motlafela Mojapelo.

This suspect was due to appear in the Musina Magistrate’s Court today on charges relating to the possession of protected species.