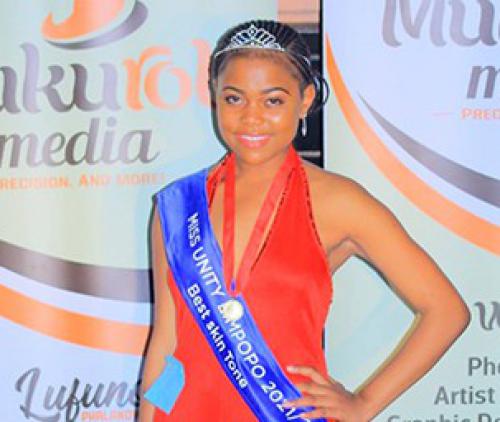 The pageant was held at the Khunda Village Lodge and organised by Barcelona Modelling Agency two weeks ago.

Kamogelo, a resident of Matoks along the N1, said that she had not expected to win the crown. “It is thanks to Barcelona Modelling Agency, who trained me thoroughly, that I was able to perform so well,” she said.

Zwavhudi, who hails from Dopeni village, started modelling two years ago when she was in Grade 6. She had previously won some beauty contests at primary school level as she represented her school. “I am excited about winning this prize,” she said. “I spent the next day crying tears of joy. I was pitched against highly talented young and upcoming models, and yet I happened to make it!”

Barcelona Modelling Agency’s Godfrey Ndou said that the agency catered for young people in Limpopo and Johannesburg. “Our company wants to uplift the youth through a variety of activities and events, including modelling coaching and hosting modelling pageants,” Ndou said.