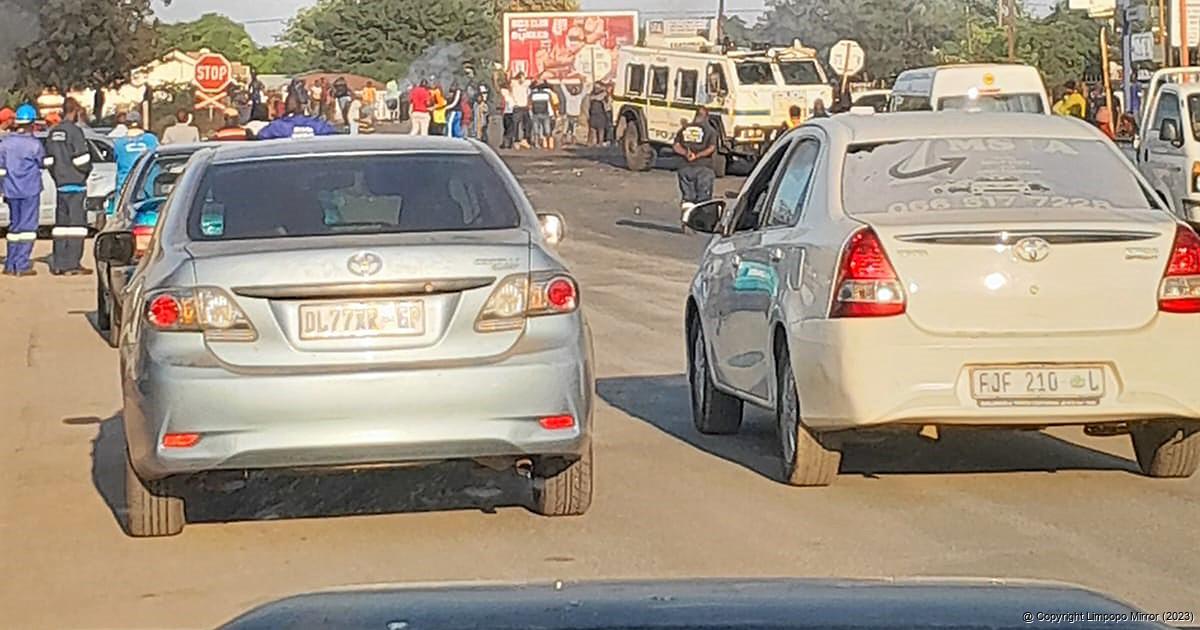 The scene in Musina on Thursday as violence erupted. Photo supplied.

The police in Musina have arrested four suspects aged between 20 and 36 years of age since last night, 12 May, until today for public violence, arson and malicious damage to property, following the violent protest action which erupted in this area since the beginning of this week.

“During the protests, community members went on the rampage, blocked and burned tyres on the roads and some shops in Nancefield location and Musina town were looted. The protesters also damaged a police vehicle, torched a municipal tractor and some municipal buildings,” said provincial police spokesperson, Lieutenant Colonel Malesela Ledwaba in a press release.

Ledwaba said that members of the Public Order Policing Unit have since stabilised the situation. “Police deployments will remain in the area to monitor the situation,” said Ledwaba.

Provincial police commissioner Lieutenant General Thembi Hadebe has urged the public to raise their concerns peacefully and desist from resorting to violence. “Blocking roads, looting businesses and damaging properties are serious offences and police will not hesitate to act against the perpetrators,” said Hadebe.

The suspects are expected to appear in the Musina magistrate's court soon. “More arrests are expected. Anyone with information that can lead to the arrest of the remaining suspects should contact Colonel Mboneni Mukwevho on 082 759 4931 or the crime stop number 0860010111or the nearest police station,” said Ledwaba.