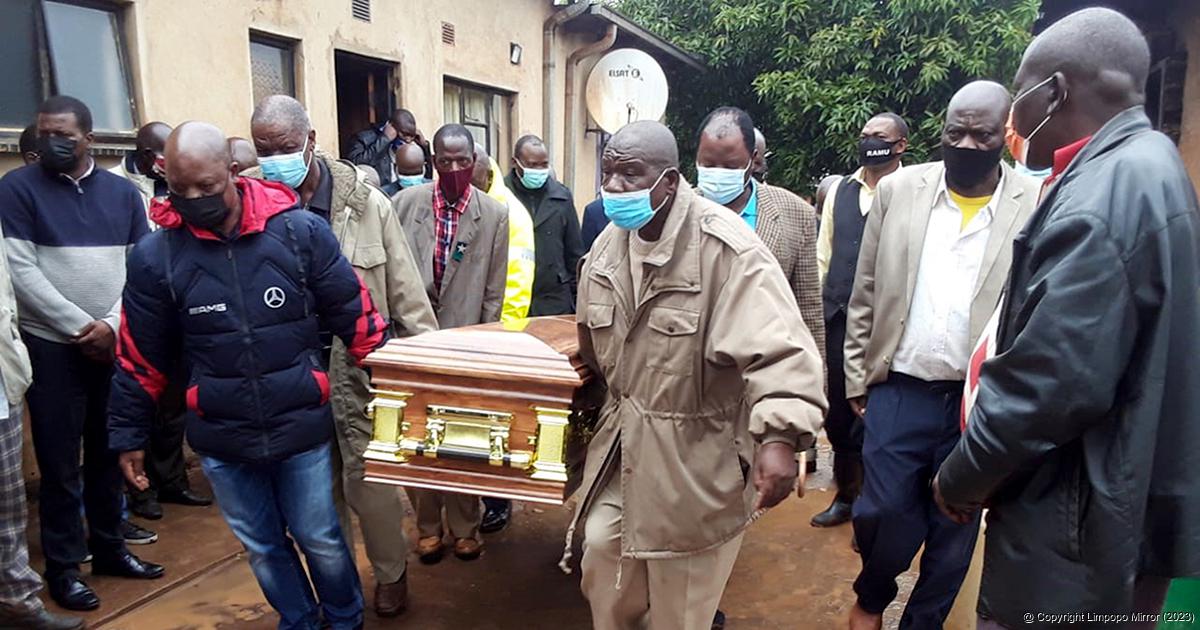 The pall bearers, among whom were the Mugumo Brothers, carry the late Risimati Johannes Khambani's casket from his house during the funeral. Photo: Elmon Tshikhudo.

The late community leader Risimati Johannes Khambani (77) from Tshisahulu outside Thohoyandou dedicated most of his adult life to serving his community tirelessly in different capacities.

Khambani had been ill for a long time and was admitted to the George Mukhari Hospital in Gauteng for treatment. A day after he was discharged from hospital - Wednesday, 18 May - he passed away. He was staying with his son, Giyani Khambani, in Pretoria at the time.

Khambani was the son of the late John and Nwatomu Khambani from Tshidumbi Tshisahulu, born on 8 January 1945. He completed his primary education at Tshisahulu Primary in 1958, where he excelled in arithmetic. This earned him a temporary teaching post at the school at that tender age. Among his students was the present Chief Norman Makumbane. He later proceeded to Lwamondo Secondary, where he completed his Form Two (Grade 10).

Like many other young men of that time, he left for Gauteng, where he was employed by a construction company. He was later promoted to foreman. The political violence that broke out in the area at the time forced him to quit his job and return to his home in Vhembe, where he started farming until his death.

Khambani was buried at the local Dzindi Cemetery on Sunday, 22 May.

Khambani served in structures such as the local civic, Tshisahulu Burial Society, Mugumo Brothers and the Dzindi Irrigation Scheme Committee. All along, members of his community were watching and appreciating the good work he was doing. At his funeral ceremony, everyone who shared a word on Khambani agreed that he was deserving of being honoured in the village. He was described as a selfless, dedicated and trustworthy man who had led from the front.

The Mugumo Brothers’ deputy chairperson, Mr Nkhangwe Makhavhu, suggested that the local cemetery be renamed after Khambani. “Khambani founded this organisation, the Mugumo Brothers, in 1986 with the aim of uniting all brothers here at Mugumo, to assist each other in times of bereavement. He has done so much for the advancement of this community. The best way to remember and honour him will be to name this graveyard the Johannes Risimati Khambani Cemetery. We have made his final resting place at the entrance for all to see, and there will be no other grave before him,” said Makhavhu.

Mr Job Ramawa, who served with Khambani in some of the structures, eulogised him as a great leader who had had an ear to listen and wisdom to take just decisions. “Committees have come and gone, but Khambani was re-elected every time there were elections. We wonder who will take over the baton and fit into his boots,” he said.

Thovhele Thivhulawi Makumbane also had high praise for the late leader. “Khambani served this community with distinction, and he deserves the honour,” he said.