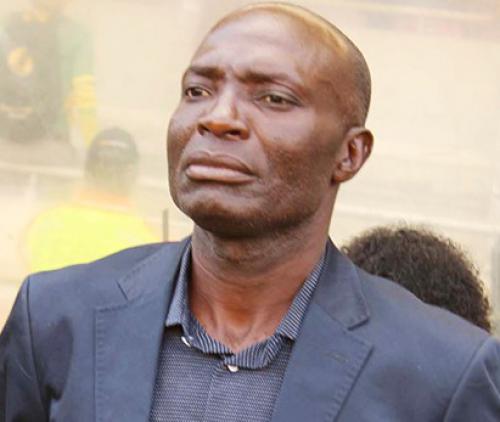 Following their 2-1 victory over Baroka FC in their Absa Premiership League match at Polokwane’s Peter Mokaba Stadium on Sunday, Black Leopards are now lying in the 12th position on the log with 16 points accumulated from 15 outings.

As for the coach of Lidoda Duvha, Mr Dylan Kerr, the victory was a maintenance of his impressive track record with the Thohoyandou side. Leopards collected 7 points from the three matches the team played under the guidance of the Englishman.

His first match in the team’s hot seat was against Maritzburg United, with whom they played to a 1-1 draw at the Harry Gwala Stadium in Pietermaritzburg.

He came back home to give the team’s fans a memorable Christmas gift in the form of three league points against Amazulu FC. Leopards beat the team from KZN 3-1.

Kerr attributed the team’s success to the fact that the players did not take time to acclimatize with his coaching philosophy. “Who could have thought that the team will be where it is today a month ago?” asked Kerr. Leopards were languishing at the bottom on the log with 9 points when the 51-year-old mentor took over from Mr Joel Masutha early last month.

On the other hand, Baroka dropped to the 13th spot on the log, following the defeat. Baroka’s Zambian coach, Mr Wedson Nyirenda, could not hide his disappointment during an interview after the game.

Mwape Musonda and Tshwarelo Bereng scored for Black Leopards in the 30th and 36th minute respectively, while Baroka’s solitary goal came via Hassan Banda in the 67th minute. The Leopards’ midfielder, Khuliso Mudau, was presented with a trophy after the game. He was nominated Man of the match.

Khuliso Mudau of Black Leopards was nominated Man of the Match.

Khuliso Mudau of Leopards (right) and Thabiso Semenya of Baroka wrestle for possession of the ball.