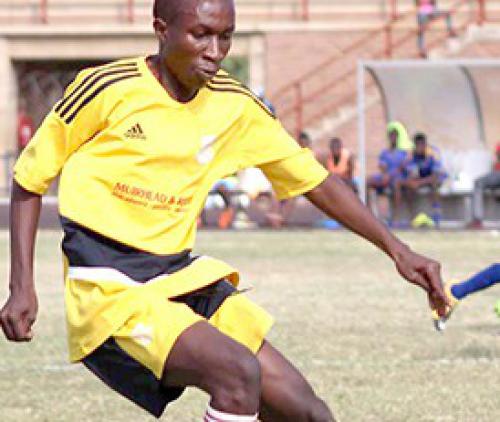 Mikhado and Academy in Motsepe clash

After a break of four weeks, the affiliates of the Limpopo Stream of the ABC Motsepe League will be back in action this weekend.

The only two Vhembe-based sides, Mikhado FC and Tshakhuma RO Nandilani (TRON), will play their matches away from home. Mikhado FC will play against Polokwane Academy at the Seshego Stadium tomorrow afternoon.

Mikhado and Academy are closely contesting the league championship. Mikhado’s performance was unimpressive at the beginning of the season, but they soon rectified their mistakes and started to collect points home and away.

What remains to be seen is whether the defenders for Academy will have the strength to stop Mikhado’s strikers, Vutomi Ngomana, Lucky Mukhari and Ndivhuwo Thavhana.

TRON will play against Ndengeza FC at the Giyani Stadium. They managed to win only one of the seven matches they have played to date. TRON will pin their hopes on Dakalo “Akonkwo” Nemakonde, Thabiso Lekgau and Oscar Mutshauba for goals.

The Polokwane derby between Polokwane United and Great North FC will be staged at the Seshego Stadium in the only fixture that is scheduled for this afternoon.

The other title chasers, Dolphins FC, will host Mighty FC at the Eldorado Stadium in Polokwane.

The other matches are Ollesdal FC vs Madridtas FC; Pusela City FC vs Ditlou FC; Giyani Hotspurs vs Boyne Tigers and Barraca Valley vs Magezi FC.