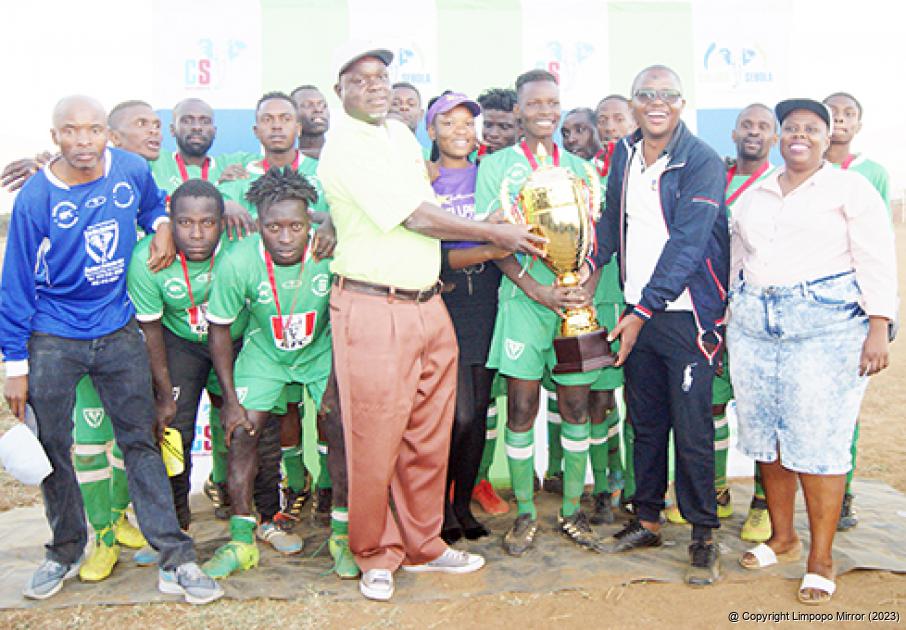 Tshiozwi Pat Mates were crowned the champions of the inaugural CS Security & Collins Sebola Inc Top 8 Tournament, which was held at the Mabaleng Sports Centre on Saturday and Sunday.

Mates met Ravele Highlanders in the final and the score was 1-1 at the end of regulation time. The champions were determined by penalties and Mates won 5-4.

“We had prepared for the tournament some weeks before the actual matches and it had put us in a good position to win the tournament,” said Tshiozwi Pat Mates' coach, Mr Tumi Mamorobela.

Collins Sebola Group's managing director, Mr Collins Sebola, said that he was pleased with how the tournament had been run and that he was moved by Mamu Community Development's integrity and skill to bring together eight teams and a massive audience of fans to attend the event. “We don't see the reason why we should not work with Mamu Community Development in hosting this great event and all other related youth-building activities in Youth Month next year and even the year after next year,” Sebola said.

“We thank all people who had helped to make this great tournament possible,” said the general secretary for Mamu Community Development, Mr Jafter Mamugudubi. “We are happy that we had entered into a five-year sponsorship agreement with Mr Collins Sebola, who is keen to continue walking this beautiful journey with us.”