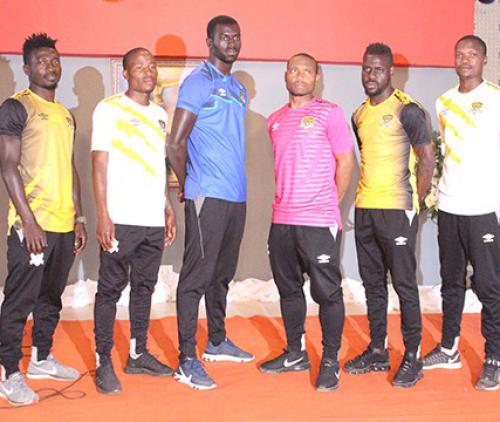 This weekend marks the beginning of the Premier Soccer League’s activities for the new season. Just like last season, Black Leopards will play their opening league match in front of their home crowd.

All roads will be leading to the Thohoyandou Stadium on Sunday afternoon, where the much-awaited Limpopo derby between Black Leopards and Polokwane City will be staged.

Lidoda Duvha played against City in their opening league match last year and Leopards narrowly beat them 0-1. Whether history will repeat itself on Sunday is something that remains to be seen. The team manager of Black Leopards, Mr Mlungisi Ngubane, has put it in no uncertain terms that whoever plays against them at the Thohoyandou Stadium must forget about collecting maximum points.

He reiterated the fact that they had assembled the best team ever, saying their aim was to start the new season with a big bang. The Thohoyandou side recently acquired the services of a number of vastly experienced players, including Thuso Phala, Thabo Matlaba, Mumuni Abubakar, Mogakolodi Ngele, Siyabonga Zulu and the acrobatic keeper from Guinea Bissau, Jonas Mendes.

He appealed to the fans not to worry about the players with whom Leopards parted ways at the end of last season. Some of the players whose contracts with Lidoda expired at the end of last season include Marks Munyai, Phathutshedzo Nange, Ivan Mahangwahaya, Lehlohonolo Masalesa and Jean Munganga. Leopards’ new head coach, Mr Lionel Soccoia, will sit on the team’s technical bench for an official game for the first time.

Also on Sunday, Highlands Park will host Kaizer Chiefs at the Makhulong Stadium in Thembisa. The KwaZulu Natal derby between Lamontville Golden Arrows and Maritzburg United will be staged at the Princess Magogo Stadium in Durban. Mamelodi Sundowns will host SuperSport United at the Lucas Moripe Stadium in Pretoria, and Baroka FC will have a date with Cape Town City at the Peter Mokaba Stadium in Polokwane.

The Absa Premiership rookies, Stellenbosch FC, will visitors Chippa United at the Nelson Mandela Bay Stadium in Port Elizabeth. Bloemfontein Celtic will travel to Johannesburg and meet Orlando Pirates at the Orlando Stadium. AmaZulu will rub shoulders with Bidvest Wits at the Moses Mabhida Stadium in Durban.