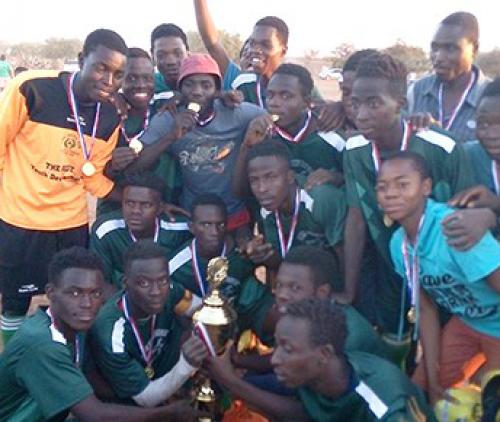 Domboni FC beat Dambale Manchester 1-0 in the final of the Rirothe Soccer Tournament at the Mabvete Community Ground on Sunday.

Domboni FC went home with a R1 000 cash prize, a soccer kit, 22 gold medals, a floating trophy and a soccer ball. “We are happy as a team and it is our first time to be crowned champions," said Domboni FC's coach, Mr Lugisani Ndou.

Eight teams participated in the tournament, the first tournament of its kind to celebrate Women’s Month in the rural Niani area.

Dambale Manchester received R700, 22 silver medals and 14 pairs of socks. All other teams were also given appreciation tokens.

The spokesperson for the Rirothe Soccer Tournament, Mr Itani Nephawe, said that they were proud to be the title sponsors of this year's tournament. “I am excited to support this grassroots initiative,” he said. “I promise to make this tournament more successful next year. Again, we thank Mabvete residents for their discipline and good behaviour during the matches."