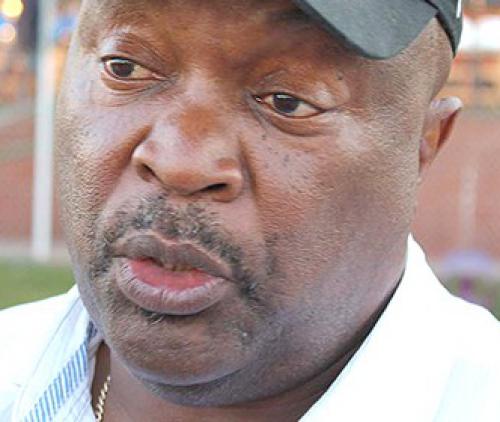 “The referee was the man of the match and he was the reason for us not to go back home with full points.”

Those were the first words of the head coach of Jomo Cosmos, Mr Ephraim “Jomo” Sono, to a contingent of journalists when cornered to comment about the game, shortly after his team drew 1-1 with Tshakhuma Tsha Madzivhandila (TTM) in their GladAfrica championship League match at the Thohoyandou Stadium on Sunday.

Sono said the referee, Mr Nkululeko Siyeni, took numerous controversial decisions against his team throughout the game. What angered him the most was the adding of injury time of seven minutes after the end of the regulation time.

He argued that the game had not stopped for more than three minutes and that adding seven minutes had been one of the referee’s “dirty tricks” to ensure that they did not collect the maximum points in the match.

He emphasized that he had never seen “such poor refereeing in my 40 years in football”.
When asked whether he was going to report that to the league, the angry mentor said he did not want to waste his precious time by reporting “heartless referees” to the league. He said that if he had voiced it, he would regard it as “water under the bridge”.

The former Bafana Bafana coach also complained about the numerous yellow cards given to his players, saying the whistle man had done everything to bring about his team’s downfall.

TTM displayed entertaining football throughout the first half, but their strikers, Wonderboy Makhubo, Onyedikachi Ononogbu and Ivan Mokoena, seemed to have forgotten their scoring boots at home.

The visitors from Vosloorus were the first to blow the trumpet. Chijioke Omeke, a Nigerian, gave the ball the final touch after a scramble within the box. TTM replaced Wisani Mandlazi with Thembisani Nevhulamba. The former Black Leopards sharpshooter made his presence felt when he scored TTM’s equalizer in the referee’s optional time.

Nevhulamba came close to scoring a brace a minute later when his close-range shot went astray.