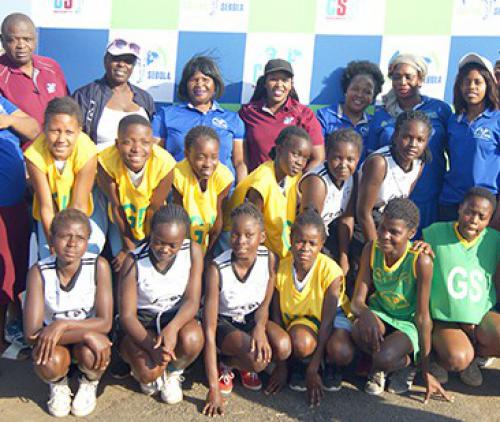 This means that the girls will be playing in matches with other squads from all local municipalities within the Vhembe District. The selection recently took place at Tshikota Location near Louis Trichardt, during the matches that were organised by the Makhado Netball Association, in association with Mamu Community Development.

The sports coordinator at the Limpopo Academy of Sport (Vhembe), Mr Phungo Tshirangwana, said that the purpose of the games was to develop netball players and promote netball in the Makhado area. “We are glad to see that we managed to select a robust team of young girls who will be representing Makhado at the district level,” he said. “We saw the young girls' talent and strength and we are touched and moved by their abilities and capabilities as netball players.”

Makhado Netball Association's president, Ms Reineth Mokgoadi, said that the association was excited to see a group of girls being selected as star players. “They displayed amazing talent during the selection games,” she said. “We want to thank all netball clubs with which all these girls are affiliated. Had it not been for the coaches who always make sure that they get the best of training and guidance, we would not have been priding ourselves on these girls.”

Mokgoadi appealed to the parents of the selected girls to give the girls moral support, so that they fully participate and enjoy the benefits of being in the Makhado Netball Squad.

The one-day event during which the girls were selected was sponsored by the Collins Sebola Group.