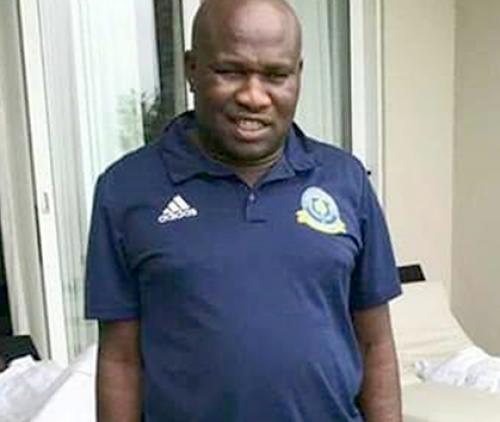 The team’s assistant coach, Mr Lucky Nelukau, will take over as the caretaker coach until they appoint a new coach.

After registering two convincing victories in a row, Tshakhuma Tsha Madzivhandila (TTM) suffered a major setback last Saturday. They suffered a 0-1 defeat at the hands of TS Sporting FC in their GladAfrica Championship League match at the Kabokweni Stadium in Nelspruit. To add to their woes, the team’s head coach resigned on Tuesday.

TTM were in the fourth position on the log before travelling to Mpumalanga last Saturday. Following their 0-1 defeat, TTM dropped one step down on the log. They are now perched in the fifth spot with 15 points accumulated from 10 matches.

Mr Lucky ‘King Mchichwa” Nelukau, the assistant coach of TTM, appealed to the fans not to press the panic button. According to him, TTM are still on course for automatic promotion. Their 0-1 defeat means that TTM have a mountain to climb now. They are now 10 points behind the pace setters, Uthongathi FC. The only favour TTM can do themselves is to beat Uthongathi FC when they pay them a visit at the Princess Magogo Stadium in Durban next Wednesday.

TTM will be without their head coach, Mr Erol Akbay, when they meet Uthongathi. He resigned on Monday evening, citing family problems as his reason to part ways with Vhadau Vha Damani. Akbay is from Zimbabwe and he mentioned that he wanted to work closer to his family.

According to the president of the club, Mr Masala Mulaudzi, the team’s assistant coach, Mr Lucky Nelukau, will take over as the caretaker coach until they appoint a new coach. Mr Nelukau will be assisted by Mr Phuthi Mohafe.

After dropping five points in their last two outings, JDR Stars revived their promotion hopes by beating Swallows FC 2-1. JDR Stars moved a step up on the log, following the victory. They are now lying in the second spot with 20 points, five behind Uthongathi FC.

Ajax Cape Town are one of the hot league title chasers. They are in the third position with 17 points. The rookies, Steenburg FC, who commenced their league programme on a low, are doing the unexpected. The Cape Town side are in the sixth spot with 15 points. The fight for survival is among Royal Eagles, Jomo Cosmos, Mbombela United, TS Sporting, Free State Stars and Swallows FC.  Royal Eagles are languishing at the bottom of the log with seven points. Jomo Cosmos are one point ahead of Eagles.