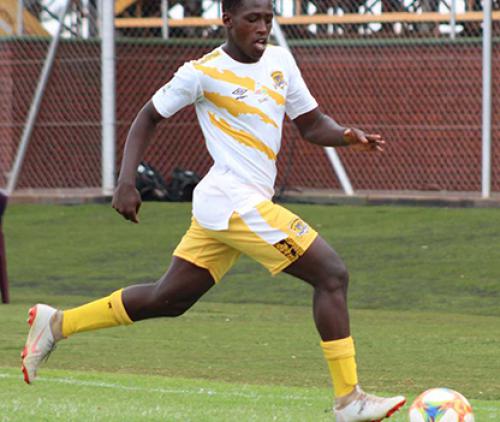 After a break of 12 days, the affiliates for the Multichoice Diski Challenge will be back in action this weekend. Whether Black Leopards will manage to do the unexpected and register their first victory when they host Chippa United at the Thohoyandou Stadium on Sunday morning remains to be seen.

The Thohoyandou side are currently the league’s milk cow. The young Lidoda duvha are languishing at the bottom of the log with four points accumulated from the 13 matches they have played to date. The team’s head coach, Mr Mongezi Bobe, is adamant that his charges will prove all the critics wrong and make a comeback on Sunday. He sent a chilling warning to Chippa United not to underestimate them, saying that they were going to turn their fortunes around on Sunday.

Chippa United are lying in the 12th position on the log with 14 points accumulated from the same number of matches. United must keep a watchful eye on the Leopards’ strikers, Amukelani Chauke, Selby Rapatsa and Tiklas Thutlwa or else they will go back to Port Elizabeth with empty hands.

In the four matches that will be played tomorrow, Maritzburg United will have a date with Bloemfontein Celtic at the Harry Gwala Stadium in Pietermaritzburg. Cape Town City will fight for league points with Stellenbosch FC at the Dobsonville Stadium. The other match that will be played at the same venue will be between Baroka FC and Polokwane City. Mamelodi Sundowns will lock horns with Supersport United in what promises to be a thriller. This one is scheduled to start at 14:00.