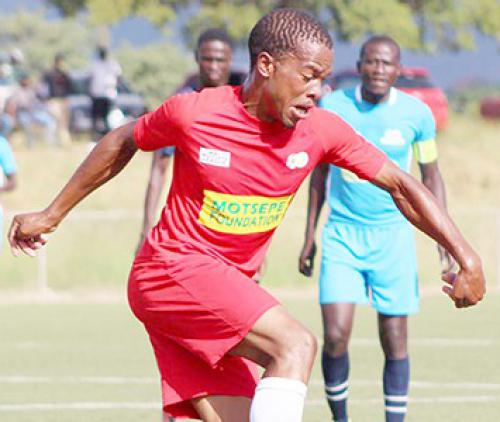 Mikhado and Mighty in Motsepe clash

It will be business as usual for the teams affiliated to the Limpopo stream of the ABC Motsepe League this weekend.

After beating Ndengeza FC 4-1 at the Rabali Stadium last Saturday, Mikhado FC are leaving no stone unturned in their preparations for their match against Mighty FC this weekend. They will battle it out for league points at the same venue tomorrow afternoon.

Venda Football Academy (VFA) must beat Barracah Valley to enhance their promotion chances. VFA dropped a step down on the log, following their 0-1 defeat at the hands of Ngwaabe City Motors last weekend. They are now lying in the third spot.

The other Vhembe District-based side, Tshakhuma RO Nandilani (TRON), will also play in front of their home crowd. They will test their strength against Eleven Fast Tigers at the Tshisaulu Mmbengeni Kone grounds tomorrow.

Giyani Happy Boys will undertake a journey to Polokwane, where they will play against Polokwane City Academy at the Old Peter Mokaba Stadium. The Dolphins FC and Ngwaabe City Motors will lock horns at the Ben Serake Stadium outside Polokwane.

Ollesdal FC will be lucky if they manage to hold Magesi FC to a draw. They will meet at the Turfloop Stadium. Magesi are currently leading the pack with 34 points.

Polokwane United will host Ditlou FC at the Seshego Stadium.