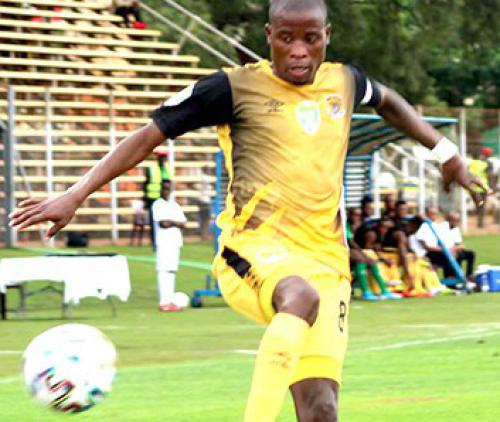 Black Leopards’ future as an affiliate of the Absa Premiership League might be hanging in the balance now, but they have something to be proud of. The team’s skipper, Thabo Matlaba, recently got a callup to be part of the national team, Bafana Bafana, in their next two African Cup of Nations qualifying matches.

Following his selection to be part of the national team, many soccer fanatics started to ask themselves questions about the star’s history as a soccer player. Born in Thembisa, Gauteng, on 13 December 1987, the allrounder started his football career at the now-defunct Leicester City FC way back in 2008. He moved to Mighty Tigers the following year.

He stayed there until the end of June 2010. A scout from the professional side, Free State Stars, saw talent in Matlaba at a tournament while he was at Mighty Tigers. Free State Stars offered him a three-year contract, which commenced on 1 July 2010. Orlando Pirates could not wait for his contract with Free State Stars to expire. The Buccaneers bought him and in January 2012, the 32-year-old soccer star moved to Soweto.

His relationship with Pirates came to an end last season, making him a free agent. Matlaba, or Festival as he is affectionately called by his fans, joined Black Leopards with effect from 1 July 2019. He featured in 22 of the 24 league matches his team has played to date. Matlaba is a disciplined player. He has received only two yellow cards this season.

Although his main position is as right back, Matlaba has a goal to his name for Lidoda Duvha. He scored the winning goal when the Thohoyandou outfit beat Stellenbosch FC 2-1 in their league match at the Thohoyandou Stadium about two months ago.

This is not Matlaba’s first stint as part of the national team. His debut game in the national outfit was in 2011 when Bafana Bafana lost 0-1 to Tanzania in a friendly match. Matlaba featured in 24 matches as Bafana Bafana player between 2011 and 2016.

Matlaba dedicated his recent callup to the national team to his teammates and technical staff at Black Leopards, saying they helped him to revive his football career.