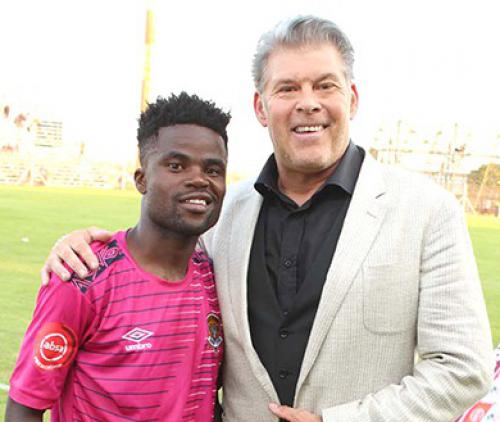 A former head coach of Black Leopards, Mr Luc Eymael, is confident that Leopards will collect enough points to make them escape the relegation axe at the end of the season.

According to him, Lidoda Duvha have a pool of quality players in their stable. The Belgian mentor went on to say that Leopards did not deserve to be where they were on the log standings because they had what it took to be contesting for the league title.

He said that the club had vastly experienced and skilled players to make them one of the best sides in the league. He reiterated that the players needed someone who could work on their mentality. According to him, most of the players did not believe in themselves when he joined the club towards the end of last year.

He said that what he had done upon his arrival in the camp was to change the players’ mentality. He revealed that the morale had been high in the camp when he parted ways with the club three days before the end of last year.

“Look at their performance when I left the club; they were displaying world-class football,” he said. Eymael singled out the team’s dribbling wizard, Lesedi Kapinga, saying the player was national team material. The former Free State Stars tactician said that Kapinga was a complete player. According to him, Kapinga had a bright future in football because he was only 25 years old.

Eymael revealed, however, that some of the players had not been happy in the beginning as they had known that he did not like lazy players. He stated that, with time, the “lazy players” had come to terms with his arrival and started to enjoy the game, just like the rest of the players. He reiterated the fact that he did not understand why the club was languishing at the bottom of the log while they had good players, coupled with a knowledgeable coach, Mr Allan Clark.

When asked about his prediction regarding the teams likely to face the chop at the end of the season, Eymael said that he found speculation difficult. He stressed the fact that Black Leopards would not be one of them, though.

Asked why he had decided to part ways with the club after a short spell, Mr Eymael revealed that the matter was confidential. When asked if he would consider going back to Black Leopards if the club came up with a job offer, the outspoken coach said that anything was possible in football.