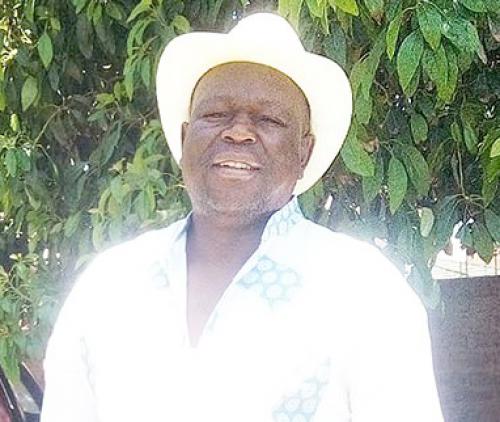 A resident of Bungeni village outside Elim Hospital, Mr Abel Khosa, has reason to believe that he had done enough for football during his heydays and that the time had come for him to explore other avenues in life.

Born at Bungeni village in the Mtsetweni area 50 years ago, Khosa’s love of football dates to 1977 when he was a Grade 1 leaner at the Mtsetweni Primary School.

He started to play active football at the age of 15. In 1985, he joined a local team, Basani Arrow Chiefs and through dedication Khosa soon became a regular player for the then Venda Football Association Super League affiliate. At Arrow Chiefs, he played as right back and assisted as central defender when the need arose.

Bricks, as he was known during his time, assisted Arrows to scoop several pieces of silverware before leaving for Bungeni Young Tigers in 1997. After passing Grade 12, Khosa went to Mokopane, then known as Potgietersrus, where he worked for a well-known brickmaking company. While working in Mokopane, Khosa registered with a local club, Mahwelereng Young Tigers.

That was, however, a dual registration as his name was still in the books of Bungeni Young Tigers. Playing for two teams at the same time was not a challenge for Khosa as he would only play for his home team when he went home at the end of the month. He later moved to another Mokopane-based Castle Regional League side, Kiwi Canopies FC.

He resigned from his work and came back home to try his luck in the business sector. Bricks continued to play football after resigning from his work. In fact, he helped Bungeni Young Tigers to lift several trophies before hanging up his soccer boots in 2008. According to him, the young players lost passion for football after he and other senior players had called it quits.

He said that the team was relegated to the lower division and ultimately died a year later. Khosa revealed that it pained him greatly to watch helplessly as the team that he so loved and had played for for several years died a natural death.

He later established a master’s football club, called Bungeni Masters FC. Asked what he was busy with these days, Khosa revealed that he spent much of his time running his businesses. According to him, some of his businesses include a restaurant, taxi transport and a liquor store.