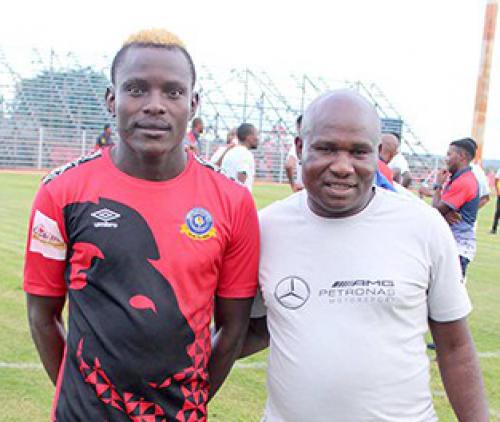 “We have learnt the hard way” - TTM

The caretaker coach of Tshakhuma Tsha Madzivhandila FC (TTM), Mr Lucky “King Mchichwa” Nelukau, said he was proud of his players, despite the team’s poor performance in the promotional playoffs. TTM lost all four matches they played in the playoffs.

Their first defeat was at the hands of Ajax Cape Town, to whom they lost 2-3. At one stage TTM were leading 2-1, but Ajax made a comeback later in the game to score two goals in quick succession. Vhadau Vha Damani, as they are affectionately called, went on to donate points to their opponents when they suffered a 1-3 defeat against Black Leopards.

Their most embarrassing defeat was the 1-5 blow at the hands of Ajax Cape Town. This after the Tshakhuma side were the first to find the net. TTM lost 1-2 to Black Leopards in their final match.

A quick glance at the league log shows that TTM conceded a total of 13 goals and scored only five in their playoffs campaign. The team’s top goal scorer, Thembisani Nevhulamba, scored three goals in the playoffs.

Asked what could have gone wrong in their camp that might have led to their downfall, Mr Nelukau attributed the team’s poor running in the playoffs to several factors. He revealed that he had the smallest squad in the bio-bubble. They had a total of 24 players in the camp, while Ajax and Black Leopards had more than 30 each. Nelukau said that his players were affected by fatigue as the games were played at intervals of 72 hours. “We were the first to score in our first two games, but we lost them because of fatigue,” he said.

He reiterated that his players became complacent after scoring, giving their opposition a good opportunity to fight back in the dying minutes of the game. The former Black Leopards player regards the team’s unimpressive performance in the playoffs as a learning curve. “We have learnt the hard way,” he said.