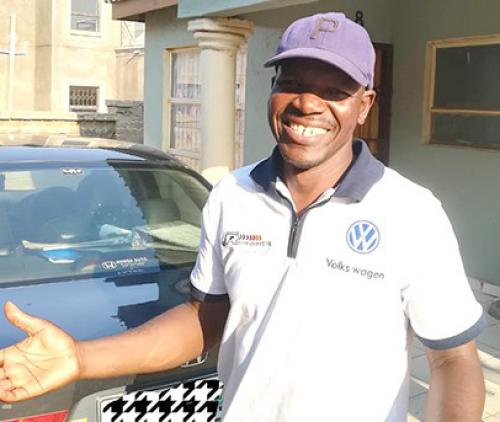 More humiliation for Mikhado in GladAfrica in play-offs

Mikhado FC were confident about promotion to the GladAfrica Championship Division when they left for the ABC Motsepe League Promotional playoffs in Gauteng two weeks ago, but they returned with empty hands. The annual event was staged at the Vaal University of Technology from Monday last week. The final was played on Saturday.

Mikhado were in the same group as Mangaung United and Bizana Pondo Chiefs. The team from the Nzhelele Valley lost 0-1 to Bizana Pondo Chiefs in their opening match last Tuesday. Their promotion hopes were turned into a nightmare when they suffered a 1-3 defeat at the hands of Mangaung United in their second encounter the following day. Mikhado FC, or Ikwasha Fhedzi as they are also known, finished their play-off campaign at the bottom of their group.

Asked what could have led to the team’s downfall, Mikhado’s head coach, Mr Abel Makhubele, attributed the team’s poor performance in the tournament to a number of things. According to him, the players lacked composure at the goal finish. He revealed that his team had squandered numerous obvious scoring opportunities in the two crucial games.

He stated that the boys had started to panic towards the end of the game after failing to convert their chances in their opening game against Pondo Chiefs. “As a consequence, we conceded a silly goal in the dying minutes of the game,” he said.

Mr Makhubele further indicated that the players had continued to commit similar mistakes in their second game against Manganung United. According to him, the team’s morale would have been boosted if they had converted a penalty awarded in the opening minutes of the game. The former Black Leopards’ mentor repeatedly stated that they had learnt the hard way, saying they were going back to the drawing board to start with their preparations for the new season.

This was not the first time Mikhado took part in the promotional play-off tournament. They represented the Limpopo Province in the same event in Cape Town last year, where they failed to score even a single goal.