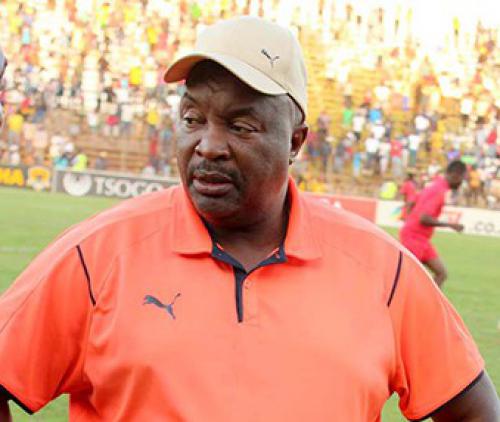 Business as usual is on the cards for the teams affiliated to the GladAfrica Championship League this weekend.

Following their 2-0 victory over Steenberg United at the Parow Park Stadium outside Cape Town last Saturday, Jomo Cosmos vowed to teach Cape Umoya United a free soccer lesson when they meet at the Vosloorus Stadium in Johannesburg tomorrow afternoon.

According to the club’s owner, Mr Ephraim “Jomo” Sono, who doubles up as the team’s head coach, they were leaving no stone unturned in their preparations for the game. Cosmos are currently leading the pack with 11 points accumulated from six outings. While admitting that it was still too early to celebrate, Mr Sono reiterated the fact that their aim was to maintain the team’s current form until the end of the season.

He again stated that Jomo Cosmos was a big brand, saying the club did not deserve to be campaigning in the GladAfrica Championship. According to him, the club belongs in the DStv Premiership Division.

Polokwane City will visit Cape Town All Stars at the Athlone Stadium in Cape Town. City are still fresh from a 1-0 victory over Sekhukhune United. The other Cape Town side, Cape Town Spurs, will host Free State Stars at the Cape Town Stadium.

JDR Stars will entertain the newly promoted Bizana Pondo Chiefs at the Soshanguve Giant Stadium outside Pretoria. Pondo Chiefs rose to the occasion and held Uthongathi FC to a goalless draw last Saturday. Royal AM and Steenberg United will lock horns at the Harry Gwala Stadium in Pietermaritzburg.

Sekhukhune United will undertake a journey to Durban. Their match against Uthongathi FC will be played at the King Zwelithini Stadium. Pretoria Callies will host Richards Bay FC at the Lucas Moripe Stadium outside Pretoria. University of Pretoria will have a date with TS Sporting at the Absa Tuks Stadium in Pretoria.