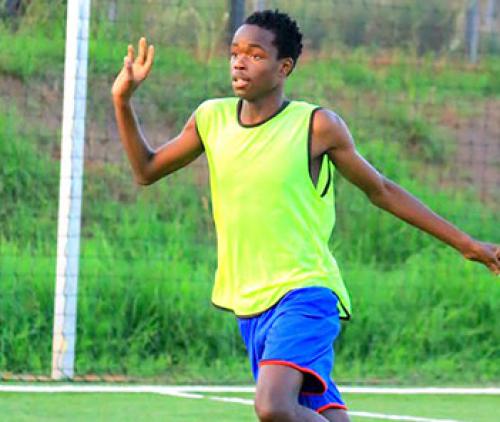 Tshimangadzo Mukwevho, the youngest player during the Musina Youth Soccer Tournament in 2020, was scouted by ASM Scholarship to play soccer in America. Photo supplied.

The 17-year-old Tshimangadzo Mukwevho still cannot believe his luck after he was recently offered a scholarship to play soccer in the USA.

He was scouted by the USA-based ASM Scholarship last year during the Musina Youth Soccer tournament. Fourteen teams participated and Mukwevho, who plays for the Skeem Saam football club, emerged as young player of the tournament.

“This means the world to me. I never thought I would be selected to play in America at such a young age,” he said.

The scouter, Trevor Ncube, explained how an ASM scholarship assists players like Mukwevho. “We do not send students to teams; we send them to schools. We are part of a company that helps young students to get scholarships at colleges and universities, so we build a profile for players with videos and statistics. Our placement team will reach out to coaches all over America in turn, giving us scholarship offers that we will avail to players for a choice.”

Musina Youth decided to organise an annual soccer tournament in Musina, so that talented players could be scouted by bigger soccer teams. Last year’s (2020) tournament was the second one.