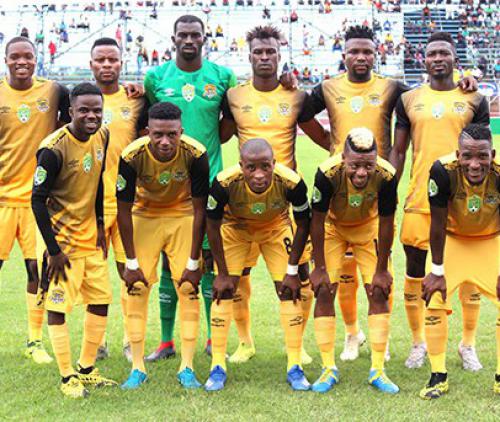 Leopards up against Amazulu in Nedbank Cup

The draw for the last 16 round of the Nedbank Cup was conducted at the Premier Soccer League’s offices on Monday evening. Two of the four teams based in the Limpopo Province, Black Leopards and Tshakhuma Tsha Madzivhandila FC (TTM) will play their matches at home while Polokwane City will be on the road.

The fourth team, Baroka FC, are still in mourning following their 5-6 defeat at the hands of Ajax Cape Town at the Peter Mokaba Stadium on Monday evening.

Black Leopards will host Amazulu in what promises to be a thriller. It will be time for Lidoda duvha to pay a sweet revenge to Amazulu, who beat them 2-0 in their league clash at the Princess Magogo Stadium in Durban on 4 November.

Although it will be an away fixture for Amazulu, Black Leopards will have to double their effort if they are serious about proceeding to the next round of the prestigious competition. Amazulu, or Usuthu as they are also known, are still to lose a league match under the guidance of the team’s new head coach, Mr Benny Mc Carthy.

Black Leopards beat Jomo Cosmos 2-1 to secure a place in the last 16 round while Amazulu’s way to this stage of the competition went via Lamontville Golden Arrows, whom they beat 5-4 following a penalty shootout.  TTM were matched with Moroka Swallows in the last 16 round. Vhadau Vha Damani will enjoy the home ground advantage.

The rest of the Nedbank Cup last 16 round fixtures are: Chippa United vs Cape Town City, Pretoria Callies vs JDR Stars, TS Sporting vs Richards Bay FC, Mamelodi Sundowns vs Polokwane City, Cape Town All Stars vs Cape Town Spurs and Maritzburg United vs Orlando Pirates. The dates and venues will be confirmed by the league in due course.