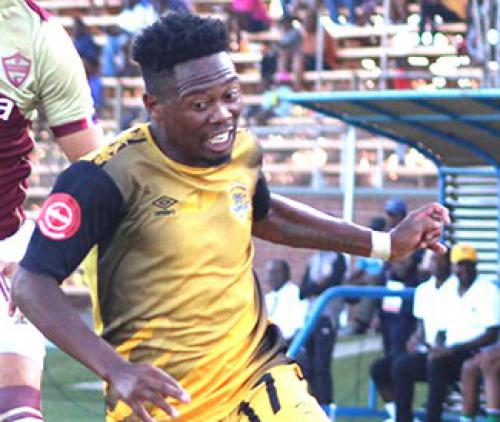 The much-awaited DStv Premiership Limpopo derby between Black Leopards and Baroka FC will be staged at the Peter Mokaba Stadium in Polokwane on Saturday afternoon.

Black Leopards had enough time to prepare for tomorrow’s game. Their last match was against Jomo Cosmos, whom they beat 2-1 in their Nedbank Cup match at the Olën Park Stadium in Potchefstroom two weeks ago.

Baroka did not have much time to rest after Wednesday’s clash against Mamelodi Sundowns, which was played at the Lucas Moripe Stadium in Pretoria. The result off the game was not available at the time of our going to press.

The match will be a matter of life and death for the Thohoyandou side. Lidoda duvha are currently languishing at the bottom of the log with nine points. Leopards have managed to win only two and draw three of the 14 matches they have played to date.

Baroka, or Bakgaga as they are affectionately called, beat Black Leopards 3-1 in their first-round league match at the Thohoyandou Stadium in October last year. Baroka’s performance is, however, deteriorating with time. The Polokwane side were leading the pack at the beginning of the season. They are now lying in the 10th spot on the log standings.

The Leopards’ defence must keep an eagle’s eye on Baroka’s top goal scorer, Evidence Makgopa, and the former Tshakhuma Tsha Madzivhandila sharpshooter Nhlanhla Mgaga, or else they will suffer another embarrassing defeat.

Black Leopards will pin their hopes on Ovidy Karuru, Lifa Hlongwane and their Lesotho international, Tumelo Khutlang, for goals, while the likes of Onyedikachi Ononogbu, Xolani Ndlovu and Tiklas Thutlwa are expected to make things happen in the middle of the park.

Should they fail to collect the maximum points against Baroka tomorrow, Leopards will have only themselves to blame.  All their players will be available for selection tomorrow.

Leopards will not come back to Thohoyandou after tomorrow’s game. Instead, they will travel to Durban where they will play against Lamontville Golden Arrows next Tuesday afternoon.