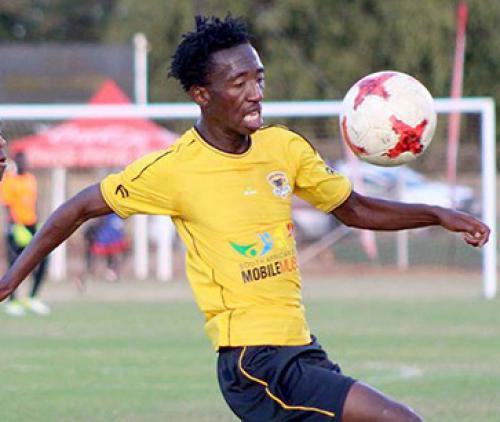 Now or never for Black Leopards

Black Leopards must win at least six of their eight remaining matches to be on the safe side in terms of relegation. The first match in which they must collect the maximum points will be against Stellenbosch FC at the Thohoyandou Stadium next Wednesday (21st).

Lidoda duvha lost their 15th league match last Sunday when they suffered a narrow 0-1 defeat at the hands of Moroka Swallows. Leopards are currently lying at the bottom of the log with 13 points, four behind the other relegation candidates, Chippa United.

Black Leopards and Stellenbosch FC played to a 1-1 draw in their first-round league match at the Danie Craven Stadium on Friday, 8 January. At that time, Black Leopards were still under the guidance of Mr Dylan Kerr, who later parted ways with the Thohoyandou outfit to join Tshakhuma Tsha Madzivhandila FC.

Stellenbosch are still in mourning after last Saturday’s 0-1 defeat at the hands of Amazulu FC. Should the team’s head coach select him for the game, Phathutshedzo Nange, the Stellies’ sharpshooter, will be playing against his former teammates. Nange played for Black Leopards for several years before leaving for the now-defunct Bidvest Wits FC.

Judging from their performance in the game against Moroka Swallows, the Leopards’ midfielders, Tiklas Thutwa, Tumelo Khutlang and Mumuni Abubakar, are likely to be in the starting line-up against Stellenbosch.

Amazulu will host Mamelodi Sundowns at the King Zwelithini Stadium in Durban. Supersport United will meet Lamontville Golden Arrows at the Loftus Stadium in Pretoria. Cape Town City will fly to Johannesburg where they will rub shoulders with Kaizer Chiefs at the FNB Stadium.

Chippa United will host Baroka FC in one of the two matches that will be played on Tuesday. Things are not going according to plan in the camp of Chippa United. They are fighting for survival in the relegation zone. Bloemfontein Celtic are waiting for Moroka Swallows at the Dr Molemela Stadium in Bloemfontein.