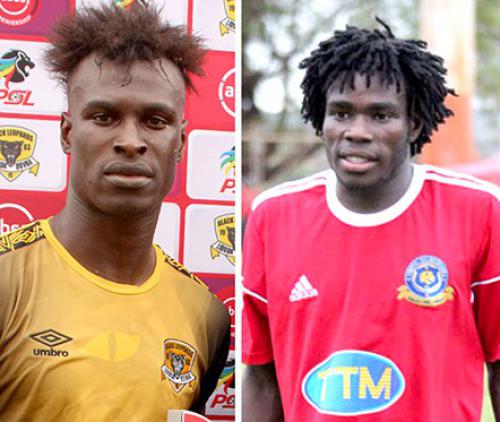 Sparks will fly when Leopards and TTM clash

The much-awaited DStv Premiership League Limpopo derby between Black Leopards and Tshakhuma Tsha Madzivhandila (TTM) will be staged at the Peter Mokaba Stadium in Polokwane tomorrow evening (Saturday).  Apart from the fact that sparks normally fly in derby games, tomorrow’s game is expected to be an extraordinary one.

Black Leopards and TTM’s future as affiliates of the DStv Premiership League is on the line. The only two elite league sides in the Limpopo Province are currently fighting for their lives. Lidoda duvha are perched at the tail of the log, while TTM are in the third place from the bottom. Leopards have 15 points while TTM have deposited 19 points into their league account, accumulated from 23 outings.

TTM were playing against Bloemfontein Celtic at the Peter Mokaba Stadium on Wednesday. The result of the match was not available at the time of our going to press. TTM will be without their centre back, Ayanda Nkili, when they face Leopards tomorrow. He saw red in their game against Cape Town City at the Cape Town Stadium last Saturday. TTM lost 0-3.

The likes of Alfred Ndengane, Diamond Thopola and the Zimbabwean international, Farai Madhanaga, will be expected to do the job in the absence of Nkili. TTM’s strikers, Philip Ndlondlo, Aluwani “Killer” Nedzamba, and Joseph Malongoane are expected to keep the Leopards’ defenders, Edwin Gyimah, Ethen Sampson and Mumuni Abubakar, running for cover throughout the game.

Black Leopards and TTM played to a 1-1 draw in their first-round league match at the Thohoyandou Stadium on Wednesday, 16 December. TTM will host Kaizer Chiefs at the same venue next Tuesday, 4 May. Black Leopards will travel to Johannesburg the following day. They will battle for league points against Orlando Pirates at the Orlando Stadium.