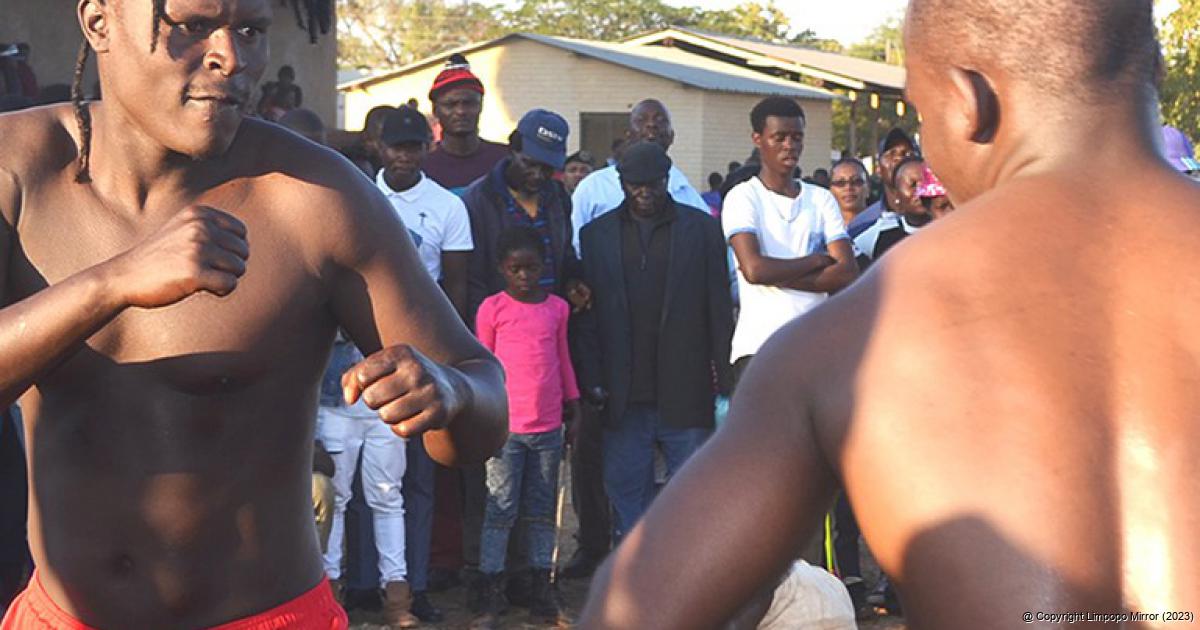 Musangwe fighters, like these ones, will be exchanging blows during the Musangwe Wa Makonde tournament, which starts this weekend.

Musangwe tournament will separate the boys from the men

The men will be separated from the boys as a Musangwe* tournament kicks off at the Jim Masindi Sports Field at Makonde village, north of Thohoyandou, this Saturday.

A match will take place every Saturday from midday, when fighters will be eliminating one another for the finals on Youth Day, 16 June, at the same venue.

The tournament, dubbed Musangwe Wa Makonde, is set to attract fighters from villages across the Vhembe region who have thirsted for this event for a long time now. Tournaments were halted, like all other contact sports, because of the Covid-19 health regulations and restrictions on travelling and gatherings.

Famous local Musangwe fighters with huge followings, such as Cybok, No Hurry, Concrete, Ngwazi and Golomo, are expected to exchange blows and entertain fans during the upcoming tournament.

According to Musangwe Wa Makonde founder and organiser Khotsimunene Vho-Nyadzeni Ravhura, the main aim of the tournament is to promote social cohesion and to keep people from the streets. “With so many criminal activities taking place in our area, we thought that we should come up with a way of keeping people together for a common cause. When people engage themselves in tournaments like this one, they become tired at the end of the day and all they will be able to do is to go home and rest, thereby never thinking of doing anything like crime.”

Ravhura said that, when people from different areas came together, it united them and promotes a spirit of unity. “For ages, the game of Musangwe has been key in uniting people. We want to continue with the legacy of our forefathers, who have been playing this game for many years. Besides that, most of the young generation do not know this game and it is important to preserve it through tournaments like this one,” he said. “We are pleased that the interest among our people is huge, and we expect a full house at the Jim Masindi Sports Field.”

He added that provisions had been made for the availability of health workers, emergency staff and the police during the tournament. “It is important that we have all these stakeholders, so that all the health protocols are followed, and we should also be able to respond to emergencies, should they arise. We want both the spectators and participants to be safe at all times, because this is going to be one of the greatest and most successful Musangwe tournaments that people have ever witnessed locally.”

In terms of prizes for the winners, Ravhura said that he and his committee were working on something exciting that would make the champions smile all the way to the bank. “We are finalising prizes for the winners, but what we can promise is that they will get what they deserve and they will be happy with it. We will definitely reward them handsomely for their participation in the tournament. We want the winners to be happy and to encourage them to return when we run the tournament again next year.”

* Musangwe is the Tshivenda term for male traditional bare-knuckle fighting.