Tshifhiwa Melton Matika, known by his stage name TM Matika, overflows with ever-increasing passion for music, to the extent that it is rare to stand near him and not hear him humming a rhythmic tune.

He maintains that he discovered music at an early age, when he listened to kwaito songs at a time when the genre was dominant on the music charts.

“I started loving it over other music genres when I listened to and imitated kwaito artists such as Zola, Mandoza, Arthur and Zombo,” he said. “Time went on and the kwaito industry introduced other artists such as Mzambiya and Msawawa. I became more inspired as they were still young. I believed that one day I would represent kwaito music with my style.”

As a resident of Khalavha village during the early days of the kwaito genre, for him to do recording was more than just a dream come true, but also and excellent achievement in his life as an artist. “I used to sing in the streets and people used to say I had potential to accomplish my dream and passion for music,” he said. “Fifteen years later, in 2013, I released a song titled Khubisa and gained national fame. I was billed to perform at many gigs.”

He caught the attention of music promoter Romeo Maboko of Director Maboko (Pty) Ltd, who signed him as an artist.

Ever since then, he has released more than 10 singles and has featured artists such as Sir McKleker and legendary gospel artist Roxley Masevhe. “I have just recorded another single, Ntombazana, which is trending in the music industry,” he said. “I am now happy that my music is no longer heard by people of my tribe only but is trending nationally and will soon be available internationally.” 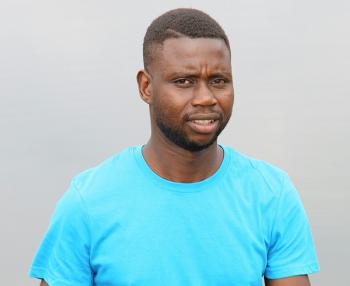 TM Matika is a man about town musically. Photo supplied.