Initially she was just a backup singer taking the backstage. As time went on, Precious Rofhiwa Rambau showed immense talent that no local producer could shy away from.

She started off backing well-known gospel star and producer Jerry N but went on to record her first album, Muphulusi, in 2016.

Following on the success of her first album, the 25-year-old Precious RN, as she is known in music circles, has bounced back with her guns blazing, recently releasing her second album, Vho Vhonani.

The 10-track album received a warm welcome by her staunch fans. The album was recorded at Plannedcrew Studio and produced by veteran gospel musician Jerry Navhani.

It boasts powerful tracks; among others, the title track Vho Vhonani, A Thi Lileli Nama and Ke Na Le Moemedi.

About her new album, Precious N said it was inspired by the love God had shown her. "God has done great things for me and I do not see any reason as to why He made me so special. The track Vho Vhonani is a question I am posing to my God. I am so humbled that I think do not deserve all this glory and blessings. I am also extending this question to my fans, whom I believe have never asked themselves why God made them special and favoured them," she said.

She thanked all her fans for the massive support they have given her since the start of her career.

Her producer, Jerry N, said he discovered her while in church and they had never looked back. "She has a golden voice and she is easy to work with as she understands her work. She has all the potential to make it in this industry," said Navami.

The album is available at Dakota Louis Trichardt and those wishing to get copies and for bookings can call: 076 609 8210. 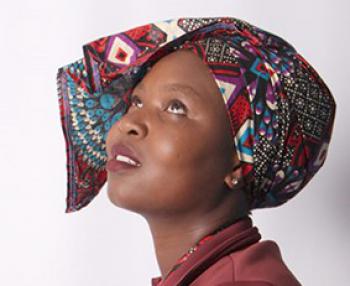