Black Pearl Vee is not your average singer

Rabelani Vaidah Mugivhi, well known by her stage name Black Pearl Vee, is a talented singer who has been performing her recorded music to a larger audience for the past four years.

A resident of Ha-Mutsha village near Thohoyandou, Black Pearl Vee's love for music had manifested in her at the tender age of three. At that time, she entertained villagers through her spontaneous dancing moves, courageous personality and beautiful voice. “Music has been part of my life from as far back as I can remember,” she said.

She fully embraced her singing talent with the energy of a mature social being when she attended St Brendan’s Catholic School. She joined the school's choir and enrolled for guitar classes as part of her weekend activities.

“In my matric year I was elected as the entertainment board representative, where I discharged responsibilities such as organising the weekend learner entertainment and was also involved in the supervision of evening studies in my allocated boarding section,” she said. “All those activities also helped me grow as a responsible artist who wanted her talent to develop beyond the confines of a private school.”

She had formed a dancing crew named Blue Dust. She was later honoured with an award as the best entertainment board representative of the year 2010. After matric, she went to Rosebank College in Pretoria where she obtained a qualification in public administration.

“After graduating, I volunteered at a non-profit organisation called Reakga Sechaba,” she said. “It was during that time when I recorded my first song, entitled Reakga Sechaba. The song was produced by Praise Malinga and people loved the song very much.” She has since released more than 10 singles, such as Endless love, Let’s just do this, I feel like dancing, Muthande, and Crazy in love. “Crazy in love gained popular recognition on online radio stations and digital stores,” she said.

Black Pearl Vee cemented her music potential when she entered the Thavhani Mall singing competition where she took second position and walked away with a R10 000 cash prize.

In March this year, this young artist mesmerised thousands of music lovers during the Hartebeespoort Dam Festival with her musical performance in the North West province where she shared the stage with radio DJ Miss P.

“I am now working on yet another house hit, Music to my ears,” she said. “In the meantime, my debut album is in the pipeline.”

Those interested in Black Pearl Vee can reach her via Dakalo Mbulaheni on 076 095 4870 or mbulaheni_dk@directormaboko.co.za. 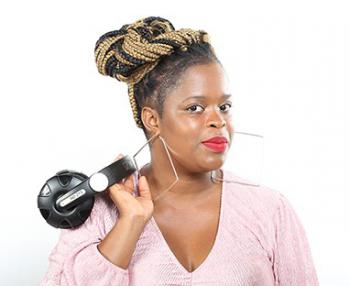