Mercy is back - better than ever!

After releasing her fifth album, Hashanduki, in 2015, Mercy Masakona Madzivhandila vanished from music circles to further her studies in music.

According to her, the “prophets of doom” quickly concluded that it was the end of her road.

Mercy, a resident of Zwavhavhili village in the Lwamondo area, proved all the critics wrong when she emerged with a new Tshivenda traditional music album, A ri edeli, last week.

She said that the album is fast becoming a hit with fans even though it is just more than a week old. According to her, A ri edeli is available on CD and online platforms, including Google play, iTunes, Amazon and YouTube.

Mercy’s music career stretches over two decades. Like many artists, her love of music became clear when she was a Sunday school child. She later joined the ICC Ministry Band under the leadership of Apostle (Dr) Maxwell Masakona. The band released two albums with Mercy as leading vocalist on most of the songs.

Realizing that she was mature enough to can stand on her own, Mercy went solo in 1997. She released her debut album, Yesu wa vhutu, the following year. The success of her first album made it possible for her release her second and third albums, Haho and Haho 2 in 2003 and 2005 respectively.  Her fourth album, Dzina Lawe, followed four years later.

Mercy is no ordinary musician, but an academic too. She is equipped with a BMus degree, an MA in African Studies and a certificate in music. She said that she would be on the road in the coming months in a bid to promote her new release. 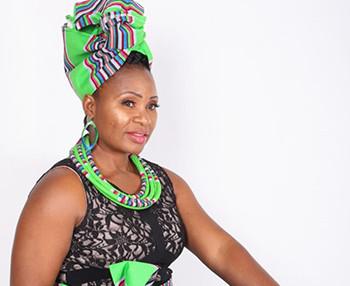